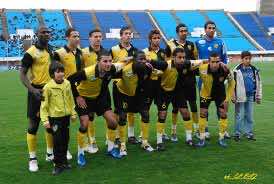 Moroccan club side Maghred de Fes (MAS) entertains Angola’s Interclube in the second leg of the Orange CAF Confederation cup semi-final this weekend with one eye on the final. MAS lost narrowly(2-1) a fortnight ago in Luanda and their coach Rachid Taouassi believes his team will finish off the job at home and he thinks they will score at least three goals past the Angolans.

MAS led in the first tie for 84 minutes after a goal from Halouli but a late brace from Moco dented what Taouassi thought was a solid performance away from home.

Interclube were fortunate to win in Luanda but we will not repeat our mistakes this time round. We are determined to make it into the final of the competition just like fellow Moroccan side FUS did last year and went on to win the Confederation Cup”. said Taouassi.

MAS currently in third place in the Moroccan championship has promised each player US $ 6000 for reaching the final and the players will pick up another $8000 each should they emulate FUS and keep the Confederation Cup in Morocco.

Interclube have made history by becoming the first club from Angola to reach the semi-finals of a continental competition and while Taouassi rates them highly, he says he is confident their fine run will end on Sunday in Morocco.

“The morale in the team is good and everyone from officials to players is focused and ready for the match on Sunday. We are playing at home and believe we will win and the goal we scored in Luanda makes our task less difficult “concluded the MAS coach.