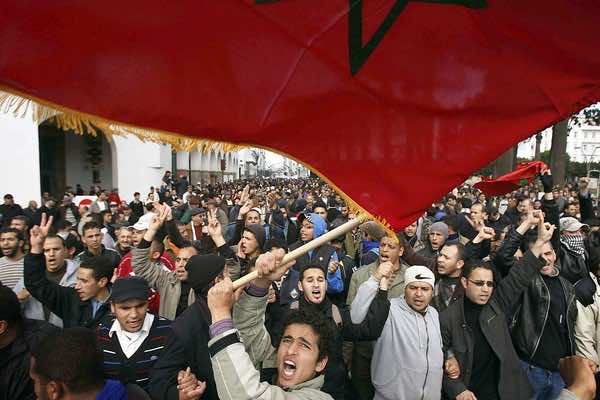 The United Sates said on Monday it was encouraging staunch ally Morocco to quickly implement reforms proposed by the Arab world’s longest-serving dynasty.

King Mohammed reacted swiftly to pro-democracy protests inspired by revolts in Tunisia and Egypt by promising in March that there would be constitutional changes to reduce his powers in favour of elected officials and to make the judiciary more independent.

The reforms were approved in a July referendum even though the 48-year-old king will will retain a decisive say over strategic decisions. A new government will draft laws enshrining the new constitution after parliamentary polls next month.

“We expressed our encouragement for a quick implementation of the reforms that Morocco has charted for itself,” U.S. Assistant Secretary of State Jeffrey Feltman said after talks with Moroccan Foreign Minister Taieb Fassi Fihri in Rabat.

The proposed reforms have not convinced a youth-led movement that calls itself February 20, after the date of its first demonstration. It has continued regular protests to press the monarchy for deeper reform.

With almost a third of youths unemployed, high poverty rates, a poor education system and problems with nepotism and corruption, Morocco seems in the eyes of some analysts to contain all the ingredients for a revolt.

Government officials cite an ingrained deference towards the ruling monarchy and relatively relaxed political and public freedoms as immunising Morocco against full-blown unrest.