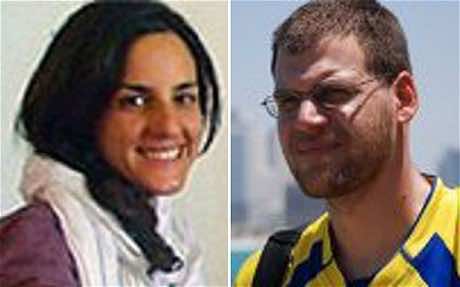 An Italian and two Spaniards kidnapped over the weekend in Algeria were snatched by an Al-Qaeda “Sahrawi wing”, a Malian security source told AFP Tuesday.

“The European hostages are prisoners of AQIM and its Sahrawi wing,” the source said, referring to the Western Sahara affiliate of Al-Qaeda in the Islamic Maghreb, which operates across vast desert nations in northwestern Africa.

Another security source confirmed this, adding that the kidnappers were linked to a Sahrawi member of AQIM named Hakim Ould Mohamed M’Barek.

While under arrest in Bamako in 2008, M’Barek admitted to police the existence of “an AQIM network of indoctrination and recruitment” inside the Sahrawi refugee camps in Tindouf, western Algeria.

The three hostages were seized Sunday at Hassi Rabuni, which houses the government of the Sahrawi Democratic Arab Republic, near Tindouf.

Western Sahara’s Polisario Front, which is fighting for its territory’s independence from Morocco, said the AQIM kidnappers had come from Mali and had returned to their country with the hostages.

This assertion has been denied by a Malian minister, who said on condition of anonymity that there was “no trace” of the Europeans in the country.

Spanish media identified the Spanish hostages as Ainhoa Fernandez de Rincon and Enric Gonyalons — who was believed to be wounded during the kidnapping. The Italian foreign ministry identified the Italian as Rossella Urru, who works for the Italian Committee for the Development of Peoples (CISP).

AQIM, which has its roots in Algeria, has camps in Mali which it uses as a launchpad to carry out armed attacks and kidnappings in the Sahel desert region where the group is also involved in arms and drugs trafficking.

Some hostages have died or been killed after failed negotiations or rescue efforts, while others have been released, with huge ransoms believed to be in play.