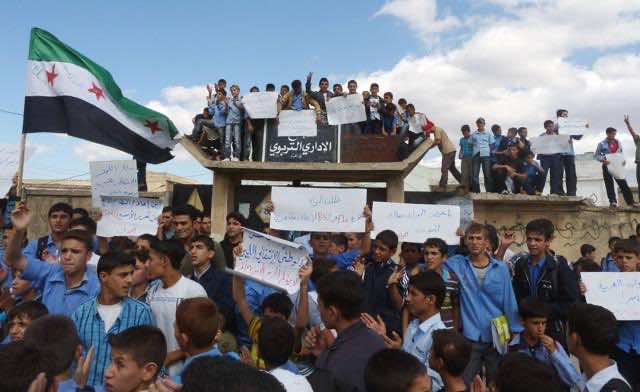 In a letter to Washington’s U.N. envoy, Susan Rice, the lawmakers said it was time for the ICC to look into “deeply troubling and grave charges” against Assad amid his government’s bloody crackdown on protestors.

“It is paramount that the Security Council refers credible allegations of crimes against humanity by President Bashar al-Assad’s regime to the International Criminal Court,” they wrote, according to AFP.

Democratic Senators Dick Durbin, his party’s number-two in the chamber, as well as Benjamin Cardin, Robert Menendez and Barbara Boxer signed the letter to Rice.

According to U.N. estimates, more than 3,000 people have been killed in the crackdown against dissent since protests erupted in Syria in mid-March amid an “Arab Spring” of demonstrations across the region.

“The people of Syria deserve to know that the people of the United States understand their plight, stand behind them, and will work to bring justice to their country,” the senators wrote.

The lawmakers noted that U.S. Ambassador to Syria Robert Ford, an open critic of the crackdown, left Syria “due to credible threats to his safety” and said this “should also be deeply troubling” to the U.N. Security Council.

Assad has agreed to meet an Arab League committee in Damascus on Wednesday. Regional officials said Syrian authorities had dropped objections to the delegation being led by Qatar, which has sharply criticized Assad.

“What is hoped is that the violence will end, a dialogue will start and reforms will be achieved,” Arab League Secretary-General Nabil Elaraby said, according to Reuters.

The six-nation committee also comprises Egypt, which has been hosting members of the Syrian opposition, as well as Algeria, Oman, Sudan and Yemen — countries seen as more sympathetic to Assad.

Assad’s government says it is serious about political reform, which militants wanted to wreck. The opposition says Assad has no plan to relax his grip on power, citing a spike in killings, arrests, torture and assassinations.

According to U.N. estimates more than 3,000 people have been killed in the crackdown against dissent since protests erupted in Syria in mid-March.