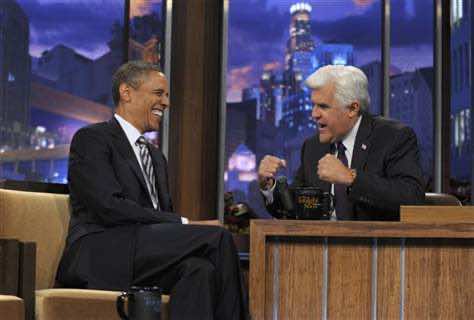 Gaddafi was buried in a secret desert location on Tuesday, five days after he was captured, killed and put on grisly public display. The former leader was seen on video being mocked, beaten and abused before he died.

“That’s not something that I think we should relish,” Obama told Jay Leno on NBC’s “Tonight Show,” when asked his feelings about the footage being televised. “I think that there’s a certain decorum with which you treat the dead even if it’s somebody who has done terrible things.”

Obama noted that his administration had not released a photograph of al Qaeda leader Osama bin Laden’s body after U.S. commandos killed him in Pakistan earlier this year.

The president said Gaddafi had missed a chance to bring democracy to his country.

“You never like to see anybody come to the kind of end that he did, but I think it obviously sends a strong message around the world to dictators that … people long to be free,” Obama said.

“He had an opportunity during the Arab Spring to finally let loose of his grip on power and to peacefully transition into democracy. We gave him ample opportunity, and he wouldn’t do it.”

Obama was in the middle of a western state tour with stops in Nevada, California and Colorado, mixing White House business with events for his 2012 re-election campaign.