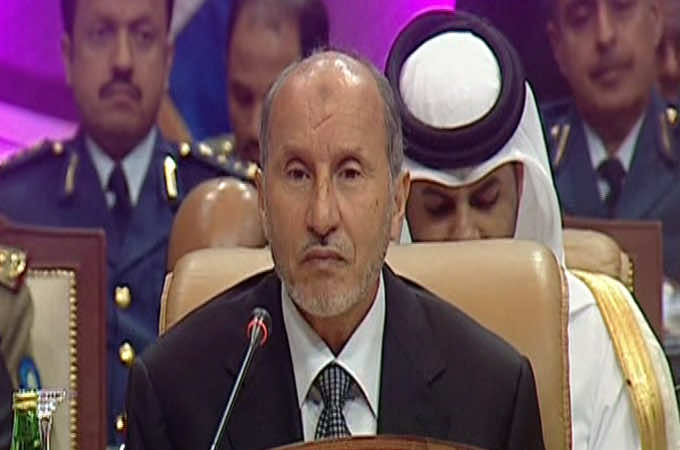 NATO should stay involved in Libya until the end of this year to help prevent loyalists of Muammar Gaddafi from leaving the country, Mustafa Abdel Jalil, the interim leader, has said.

NATO, whose air attacks backed National Transitional Council (NTC) forces that overthrew Gaddafi in August, is to decide on Friday whether to end its mission following his death and burial in the past week and a liberation declaration by the NTC.

“We look forward to NATO continuing its operations until the end of the year,” Jalil said on at a conference in Doha on Wednesday.

Stating that stopping the flight of Gaddafi supporters to other countries was a priority, he said: “We seek technical and logistics help from neighbouring and friendly countries.”

Qatar was one of the first countries to recognise the NTC as the legitimate authority inLibyaand supplied the anti-Gaddafi forces with water, weapons and more than $400m in aid.Qatar also provided help in marketing and selling Libyan oil.

In Brussels on Wednesday, a NATO official said the alliance had postponed until Friday a meeting of its ambassadors which had been set for Wednesday and was expected to formalise a decision to end its Libya mission.

“The Libya discussion has been moved to Friday to accommodate the ongoing consultations with the United Nations and the National Transitional Council,” the NATO official said.

NATO states took a preliminary decision last Friday to wind up the mission in Libya on October 31 and the commander of the operation said on Tuesday that the alliance believed NTC forces would be capable of handing security threats.

But Ali Tarhouni,Libya’s interim oil and finance minister, said on Tuesday he wanted NATO to maintain its mission for another month.