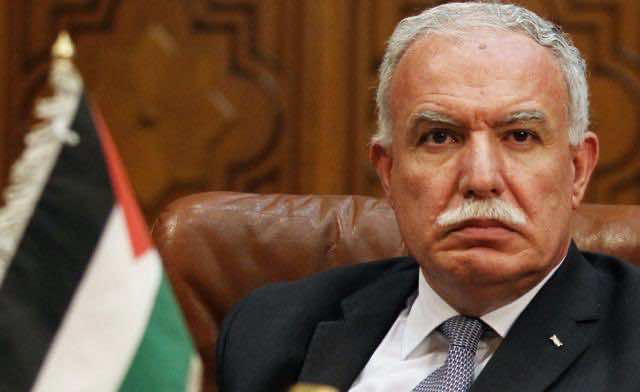 The Palestinians will seek a vote on their bid for full membership of UNESCO on October 30, Foreign Minister Riyal al-Malki said on Wednesday, despite what he calledU.S.threats to pull funding from the U.N. cultural agency.

The initiative is part of a Palestinian push, opposed by theUnited States, for recognition as a state in the U.N. system ? a move the Palestinians hope will strengthen their standing vis-à-visIsrael.

UNESCO is the first U.N. agency the Palestinians have sought to join as a full member since applying for full membership of the United Nations on Sept. 23. The bid for a full U.N. seat, which can be granted only by the Security Council, is destined to fail because of opposition by Washington, which has a veto in the forum.

But UNESCO is one agency the Palestinians can join as a full member regardless of their wider U.N. status.

Malki said a Palestinian representative would address UNESCO’s General Conference on Sunday and the Palestinians were aiming for a vote the same day.

“We are trying with all effort, through our ambassador in UNESCO, to have a vote on our request for membership of UNESCO at the time that we give the speech,” he said in an interview with Voice of Palestine radio broadcast on Wednesday.

“We hope that we will succeed in this effort despite our recognition of great pressure which the United States of America is leading inside UNESCO,” Malki said.

He said there were “great threats … that ifPalestine’s membership of UNESCO is approved, theUnited States will stop its assistance to that organization”.

A vote in favor of Palestinian membership would trigger an automatic cutoff inU.S.funding to the agency underU.S.law. TheUnited Statesprovides 22 percent of UNESCO’s funding.

The UNESCO board decided on Oct. 6 to allow the 193 member states to vote on the Palestinians’ application for full admission ? a bid signaling new Palestinian determination to ignore pressure from Washington, one of the Palestinian Authority’s main donors.

The United States views the Palestinian quest for recognition as a state in the U.N. system as a unilateral move unhelpful to its efforts to revive peace negotiations with Israel, which it says are the only way forward.

The Palestinians say peace talks withIsrael, which also opposes the Palestinian U.N. initiative, have brought them no closer to their goal of independence in the two decades since the negotiations first got under way.

The prospect of the Palestinians seeking full membership of other U.N. agencies heavily funded by theUnited Statescould threatenU.S.financial support for bodies including the World Health Organization.

U.S. Secretary of State Hillary Clinton told Reuters in an October 12 interview she had made the case to U.S.lawmakers that the administration should have the flexibility to decide whether or not to cut off such agencies if they take in the Palestinians.

Speaking about the UNESCO membership bid, Malki said the United States wanted to make it seem like the Palestinians would be to blame for any financial pain.

“They want to makePalestine responsible for all these results, and therefore, matters will not be easy in UNESCO in the coming two days, but despite that, we will continue in our effort,” he said.