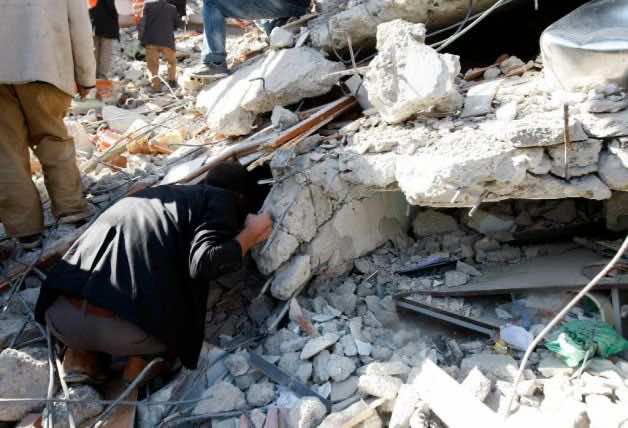 Turkey will accept foreign aid, including from Israel, to cope with a major earthquake that has left 459 people dead, a diplomatic source said Wednesday.

Turkey initially turned down offers of international aid after Sunday’s 7.2-magnitude earthquake, but the source saidAnkara changed its mind because of the urgent need for housing materials for those left homeless.

Israel’s foreign minister told AFP Tuesday his government had been asked for help by Turkey despite strained ties between the two countries.

“Turkey has asked us for caravans for the homeless after the earthquake,” foreign ministry spokesman Yigal Palmor told AFP. “We accepted immediately and we will quickly see what we can supply.”

The Israeli defense ministry said a first Boeing 747 would transport mobile homes to Turkey on Wednesday, and other planes would follow in the coming days.

Israel made an offer of assistance on Sunday, shortly after the quake struck, but initially without it being taken up by Turkey. President Shimon Peres called his Turkish counterpart Abdullah Gul to express sympathy.

Ties between Israel and Turkey, once strong allies, have been strained since May 2010 when Israeli naval commandos stormed a flotilla trying to sail toGazain defiance of a blockade, killing nine Turks.

Searchers working under floodlights early Wednesday pulled out an 18-year old university student and a 27-year-old woman from the ruins of apartment buildings 66 hours after a devastating earthquake struck easternTurkey.

The quake has killed at least 459 people. Health Ministry official Seraceddin Com said some 40 people were pulled out alive from collapsed buildings on Tuesday, The Associated Press reported.

They included a 2-week-old baby girl brought out half-naked but alive from the wreckage of an apartment building 48 hours after the quake. Her mother and grandmother were also rescued, but her father was missing.

The pockets of jubilation were however, tempered by many more discoveries of bodies by thousands of aid workers.

Desperate survivors fought over aid and blocked aid shipments. A powerful aftershock ignited widespread panic that triggered a prison riot in a nearby provincial city.

Some 2,000 buildings collapsed and some 1,350 people were injured. The fact that the quake hit in daytime, when many people were out of their homes, averted an even worse disaster.

Close to 500 aftershocks have rattled the area, according toTurkey’s Kandilli seismology center. A strong aftershock on Tuesday sent residents rushing into the streets in panic while sparking a riot that lasted several hours by prisoners in the city of Van,55 miles (90 kilometers) south of Ercis. The U.S. Geological Survey put that temblor at a magnitude of 5.7.

Some prisoners demanded to be let out while others set bedding on fire as the revolt spread inside the 1,000-bed prison, the Dogan news agency reported.

“Hundreds, possibly thousands of people are still trapped under the rubble,” said Jessica Sallabank, a spokeswoman for the International Federation of Red Cross and Red Crescent Societies (IFRC)told AFP.

The population of the region is mainly Kurdish and the quake came amid a major army operation targeting the separatist PKK militia in response to a series of deadly attacks.

In a sign of the simmering ethnic tensions, dozens of residents of the provincial capital Van hurled stones at journalists and police on Tuesday after a well-known television presenter criticized Kurds’ appeals for help.

Police used pepper gas to disperse the angry crowd, but there were complaints among survivors in other areas that soldiers whose barracks had been damaged were being given priority in the aid effort.

The football pitch in Ercis has been transformed into a sea of tents set up by the Red Crescent as the stadium serves as a makeshift field hospital, with hundreds of units of blood rushed to the region.

The government said search and rescue teams from 45 cities and more than 200 ambulances were deployed across the disaster-struck area.

Gerald Rockenshaub, disaster response manager at the World Health Organization, said the first 48 to 72 hours are crucial for rescues and the chances of finding survivors decrease significantly after that. People can survive without food for a week or so, but having access to water is critical, especially for the elderly and infants, he told AP.

Turkey lies in one of the world’s most active seismic zones and is crossed by numerous fault lines. In 1999, two earthquakes with a magnitude of more than 7 struck northwesternTurkey, killing about 18,000 people.

Istanbul, the country’s largest city with more than 12 million people, lies in northwestern Turkey near a major fault line, and experts say tens of thousands could be killed if a major quake struck there.