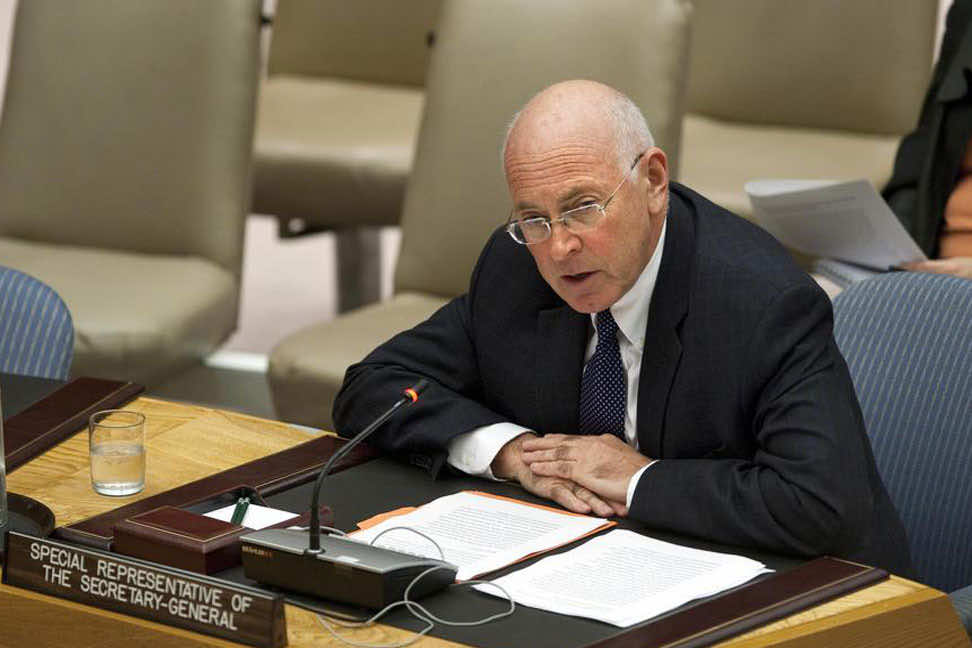 The United Nations remains committed to supporting Libyans as they build a new framework for their country, a top UN official said today, stressing that transitional authorities should act swiftly to respond to the North African nation’s most pressing needs, such as organizing an electoral process and establishing public security.

“With Sunday’s declaration of liberation, the clock has started running on commitments the National Transitional Council (NTC) has made in its constitutional declaration,” Special Representative of the Secretary-General for Libya Ian Martin told the Security Council during a briefing this morning.

Mr. Martin highlighted several aspects which require immediate attention, including preparations for elections, establishing public security and controlling the flow of weapons in the country.

The NTC has 30 days to establish an interim government, 90 days to adopt electoral legislation and set up an electoral body, and 240 days to hold elections for national congress.

Mr. Martin said the UN Support Mission in Libya (UNSMIL) has already been working closely with members of the NTC to discuss proposed electoral laws and the future electoral management body.

“Our meetings with civil society have made clear their determination to be engaged closely in the ongoing discussions on the electoral law, and in efforts to promote civic education. Work has also started on defining the framework for developing the voter register.”

Mr. Martin also pointed to the hand-over and control of the flow of weapons as a priority in the NTC’s agenda. He said the NTC had already committed to removing heavy weaponry from city centres and collecting light arms, but he emphasized this must be done in conjunction with the establishment of public security to offer former combatants new opportunities.

“The challenge will be to develop rapidly opportunities for the future of combatants, making available to them support in returning to normal civilian life, or integrating them into a professional police force and national army.”

Mr. Martin also voiced his concern for the large amounts of weaponry left by the ousted Qadhafi regime, which include chemical weapons and Man-Portable Air Defense Systems (MANPADS).

While a large number of these were destroyed during North Atlantic Treaty Organization (NATO) operations, Mr. Martin said there are “increasing concerns over the looting and proliferation of MANPADS.”

Regarding the flow of weapons and people, Mr. Martin said there is concern that members of the former regime have fled the country, representing a source of anxiety for Libya’s neighbours, but he assured the Council that the UN will work with the African Union (AU) to address this issue.

The Special Representative also reiterated the UN’s support to deliver aid to citizens affected by the recent conflict, and said missions to Sirte and Bani Walid were already providing food, drinking water and other non-food items to the local population in those towns.

Mr. Martin stressed much remains to be done and expectations are still high. As well as security and elections, he said authorities are concerned with strengthening public financial management, establishing rules to ensure fiscal transparency, and starting a reconciliation process.