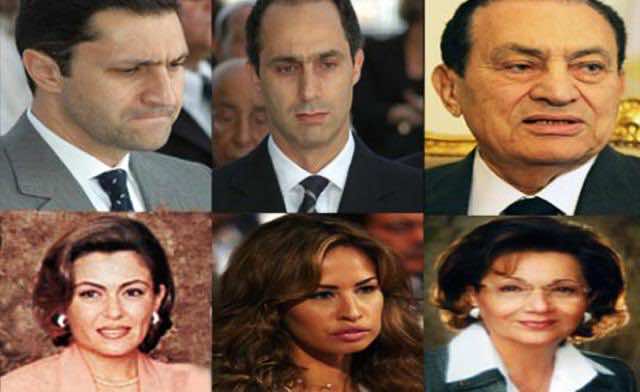 The hearing on the decision of the Illicit Gains Authority (IGA) to freeze the assets of Egypt’s former President Hosni Mubarak and his family members is set to be tackled by a Cairo court on Thursday, an Egyptian daily reported.

Mubarak and his two sons, Alaa and Gamal, have been charged with corruption, and all three are under arrest. Mubarak is also charged with complicity in the killing of about 850 protesters during the 18-day uprising that ousted him from office.

Freezing of the assets of the Mubaraks is expected to target his wife Susan Thabet, his two sons, Alaa and Gamal, their wives Heidi Rasekh and Khadiga al-Gamal, and two grandchildren, Omar and Farida, according to a report carried by Egypt’s al-Masry al-Youm daily.

IGA chief Assem al-Gohary is also heading a committee responsible for repatriating assets siphoned abroad by the former president and his family.

Last week Gohary said the committee had learned that Mubarak’s sons have $340 million in Swiss banks, $300 million of which belongs to Alaa.

Switzerland has already frozen the assets of the Mubarak family and other figures from the former regime, which Gohary estimated at nearly $450 million.

The committee relayed the information to the IGA so it could take the necessary steps. The IGA froze the assets and asked the Court of Appeal to hold an urgent hearing to consider and support the decision.

Mubarak’s youngest son and one-time heir apparent Gamal, 47, rose rapidly through the ranks of his father’s ruling National Democratic Party over the past decade to become the country’s most powerful politician.

The wealth of 49-year-old Alaa has been the subject of much speculation well before the political rise of his younger brother. There are allegations that he used his status to muscle in on profitable enterprises, taking a cut of profits without contributing to the funds invested or work done.