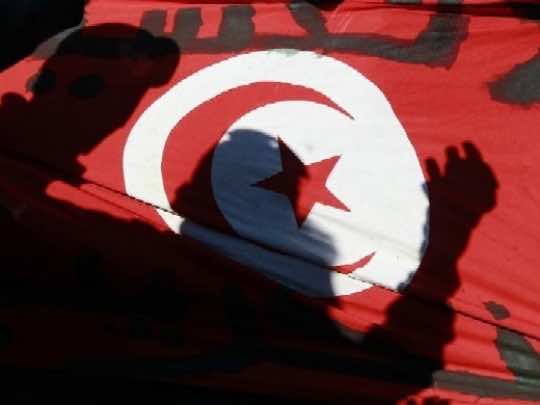 Tunisia’s moderate Islamist party Ennahda has chosen Hamadi Jbeli, a former political prisoner, to serve as prime minister. The party looks set for victory in Sunday’s election as the final results are tallied.

Tunisia’s moderate Islamist party said on Wednesday it would put forward one of its officials for the prime minister’s job, after it scored a resounding victory in the first election after the “Arab Spring” uprisings.

It reassured secularists and investors, nervous about the prospect of Islamists holding power in one of the Arab world’s most liberal countries, by saying it would not stop tourists wearing bikinis on the beaches or impose Islamic banking.

Officials were still tabulating results from Sunday’s election — the first democratic vote in Tunisia’s history — but the moderate Islamist Ennahda party is on course to be declared the winner by a wide margin.

Ennahda will be short of a majority in the new assembly, but is expected to form a coalition with two of the secularist runners-up. The Islamists will get the biggest say on important posts.

The outcome of the vote, 10 months after a Tunisian vegetable seller set fire to himself in an act of protest that set in motion the “Arab Spring”, will resonate in other countries, especially Egypt and Libya, which are wrestling with their own transition from repression to democracy.

No Islamists have obtained power in the Middle East since Hamas won a 2006 election in the Palestinian Territories, but the uprisings which reshaped the political landscape this year have created an opening for them.

“It is completely normal since the secretary-general of the winning party in all democracies is the one who takes the prime minister’s post,” the official TAP news agency quoted Jbeli as saying.

Jbeli spent over a decade in jail, along with thousands of other Ennahda supporters rounded up by the former authorities. An engineer by training, he is the leading lieutenant of party leader Rachid Ghannouchi.

He said the party may offer the presidency, a largely ceremonial post, to Beji Caid Sebsi, a secularist technocrat who is now caretaker prime minister. That could reassure Ennahda opponents who worry it will be too dominant.

In line with its moderate stance — and with an eye on reassuring investors whom it needs to revive the spluttering economy — Ennahda said it would not try to impose Islamic strictures on modesty of dress, alcohol and usury.

Foreign tourists, some of whom test the tolerance of hardline Muslims by wearing bikinis, are a major source of revenue for Tunisia.

“The tourism sector is among the achievements which we cannot touch. Is it logical to handicap a strategic sector like tourism by forbidding wine or wearing bathing costumes?” Jbeli was quoted as saying.

“These are personal liberties for Tunisians and foreigners as well.”

Ennahda, citing its own figures, says the election gave it 40 percent of the seats in the assembly which will draft a new constitution, appoint an interim government and set a date for new elections late next year or early in 2013.

Only a trickle of official results has so far appeared — unlike elections under Ben Ali when the outcome was announced straight away, probably because it had been pre-determined.

Returns from the districts which completed their counts showed Ennahda had 53 seats in the 217-seat assembly. Its nearest rival, the secularist Congress for the Republic, had 18. Figures from the capital have yet to be announced.

Tunisia became the birthplace of the “Arab Spring” when Mohamed Bouazizi set fire to himself in protest at poverty and government repression. His suicide provoked protests which forced Ben Ali to flee in January.

The revolution in Tunisia, a former French colony, in turn inspired uprisings which forced out entrenched leaders in Egypt and Libya, and convulsed Yemen, Syria and Bahrain.

Defying predictions that Tunisia’s election would lead to violence and clashes between police and a hardline Islamist minority, Sunday’s vote passed off peacefully. It was applauded by Western monitors.

The main Tunisian share index rose sharply on Wednesday after Ghannouchi met executives from the stock exchange and told them he was in favour of more companies listing on the bourse.

Ghannouchi is keeping himself out of government, some analysts say to concentrate on winning a presidential election expected early in 2013.

Ennahda’s win is a remarkable turnaround for a group which until earlier this year was outlawed.

Ghannouchi was forced into exile in Britain for 22 years because of harassment by police. A soft-spoken scholar, he dresses in suits and open-necked shirts while his wife and daughters wear the hijab.

Ghannouchi is at pains to stress his party will not enforce any code of morality on Tunisian society. He models his approach on the moderate Islamism of Turkish Prime Minister Tayyip Erdogan.

In a slick, well-funded campaign, the party tapped into a desire among ordinary Tunisians to be able to express their faith freely after years of aggressively enforced secularism.

It also sought to show it could represent all Tunisians, including the large numbers who take a laissez-faire view of Islam’s rules, drink alcohol, wear revealing clothes and rarely visit the mosque.