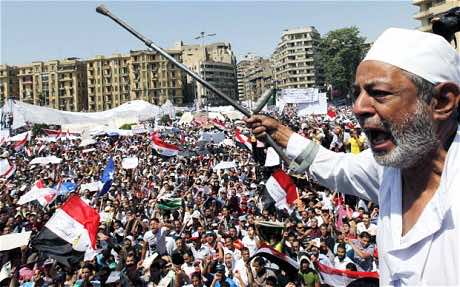 The Arab Spring revolutions were sparked by Bouazizi, who set himself alight on December 17 in the city of Sidi Bouzid and died in hospital two weeks later.

His actions lead to a popular uprising in Tunisia that brought down the regime of Zine el-Abidine Ben Ali and spread through the Arab world.

Mahfouz founded the 6 April youth movement in Egypt that inspired thousands of Egyptians to protest in Cairo’s Tahir Square, leading to the downfall of veteran president Hosni Mubarak.

The prize also honours two Syrians who are part of the current uprising in Syria: Zeitouneh, a 34-year-old lawyer leading the groups coordinating the revolt against Presidnet Bashar al-Assad, and Farzat, a caricaturist who was badly beaten in August.

Past winners of the prize include anti-apartheid icon Nelson Mandela and former UN chief Kofi Annan.