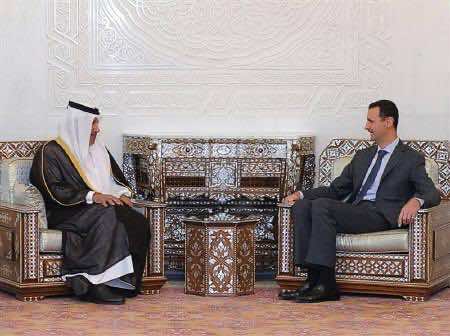 Cracks in Syria’s military are widening along sectarian lines, say analysts, fuelling an armed mutiny that may pose an even greater threat to President Bashar al-Assad than the street protests which have rocked the country for months.

Diplomats and military experts say army cohesiveness is fraying and defections increasing as the leadership, largely from the minority Alawite sect, sends troops out to crush unrest across the mainly Sunni Muslim country of 20 million.

“The crackdown is looking increasingly unsustainable. Assad is more unable to rely on the majority Sunni rank and file. It is costing lots of money to move already exhausted core troops and his capability of launching simultaneous strikes on protest centres is diminishing,” a European diplomat said.

“The Sunni backlash against him is growing, and we could see a scenario where he will lose the countryside.”

Defectors from the military have in recent weeks launched more deadly guerrilla raids on convoys and fortifications in the province of Idlib near the border with Turkey, and along the main Damascus-Aleppo highway in Hama and Homs to the south.

Dozens of soldiers have been killed in Homs, Hama and Idlib, opposition sources say. Authorities say “armed terrorist groups” have killed 1,100 soldiers and police since the uprising broke out in March.

Unlike Libya’s successful rebels, defectors from Syria’s military lack international support. A protracted conflict, with Assad holding on to main cities such as Damascus and Aleppo while opponents challenge his control of smaller cities and rural regions bordering Turkey, Jordan and Lebanon.

They are backed by Alawite-dominated Military Intelligence and Air Force Intelligence, two units in charge of preventing dissent within the military as it presses on with a crackdown which the United Nations says has killed 3,000 people.

A repeated tactic of security forces is to deploy Sunni conscripts in rings around cities and towns, under the scrutiny of Alawite intelligence agents. Hundreds have been killed for refusing to obey orders, anti-Assad activists say.

The military is effectively commanded by Assad’s younger brother Maher and their brother-in-law Assef Shawkat, who diplomats say has been given enhanced responsibilities in leading the repression of protests.

Defectors from the military are helping defend Sunni neighbourhoods coming under assault by the military and a pro-Assad militia in the central city of Homs, 140 km north of Damascus.

Ali bin Abi Taleb brigade, a defector unit named after the cousin of the Prophet Mohammad, is operating in the Homs countryside, residents said. Another brigade, Khaled bin al-Walid, fought Assad’s forces for 10 days before withdrawing from the town of Rastan.

NO “TIPPING POINT” YET

In that battle, Captain Abdelrahman al-Sheikh emerged as a leading figure among defectors.

“He proved to be astute on the battlefield. The (other, more senior) defectors in Turkey are playing little role,” said an opposition source.

“The problem is that they lack more effective weapons, such as shoulder-fired anti-tank missiles. And that international support is needed to move the large amounts of cash needed to buy weapons and support them,” the source said.

W. Andrew Terrill, professor at the U.S. Army War College, said insurgents were small in number but could inflict serious casualties because the Syrian army is structured to fight Israel and control Lebanon, not deal with guerrillas and urban warfare.

“Right now (armed rebels) seem to be mostly fighting defensively against regime forces entering areas sympathetic to the rebels. The trend seems to be towards more defections from the army and more confrontations between defectors and soldiers,” he said.

“Trends can be reversed, and we are still not at a tipping point, but things are definitely worse for Assad.”

Terrill said that if controlling Syria eventually looked “hopeless” for Assad and his supporters, they might consider retreating to Alawite regions around the city of Latakia.

“Ceding territory to the rebels means that they (the rebels) could set up something like Libya’s Transitional National Government and request foreign recognition and aid,” he said.

Major General Moussa Hadid, a former Jordanian army strategist, said Syria’s military command had intensified censorship and cut holidays to try to prevent Sunni conscripts from finding out about the extent of killings by the security forces in their home regions.

“They send conscripts from the south to the north and vice versa. Despite all the controls over the senior officers and army and soldiers a lot of them are now becoming more distrustful of the regime and are awaiting the opportunity to support the uprising,” Moussa said.