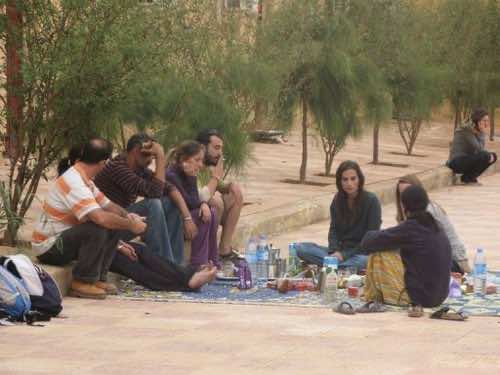 Rome- The kidnappers of the three westerners, abducted in the night between Saturday and Sunday near Tindouf, Algeria, had accomplices in the ranks of the ‘polisario’, said Thursday the Italian daily “La Nuova Sardegna”.

The newspaper, which reports that the kidnapping is surrounded by “great mysteries,” cites authoritative sources focusing on the track that the abduction took place with the support of the polisario’s military apparatus.
Wearing military uniforms, the kidnappers, armed with assault rifles, entered aboard all-terrain vehicles in the camp Rabouni, broke into the whereabouts of the persons concerned and have embarked before leaving the camp, taking shots and manage to clear their traces in the desert, the newspaper added.

Two Spaniards and an Italian were abducted in the night from Saturday to Sunday, near Tindouf, Algeria.