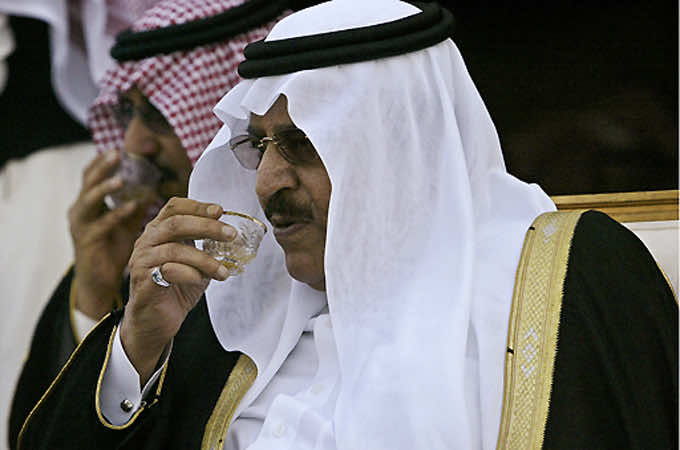 He succeeds prince Sultan bin Abdul-Aziz, who died last week in New York City and was buried on Tuesday in the capital Riyadh.

The royal court statement, read out on state television early on Friday in the world’s top oil exporter, said the crown prince had been appointed after the king met the Allegiance Council, a family body set up in 2006 to make the process of succession in the conservative Islamic kingdom more orderly.

He is set to assume the throne upon the death of King Abdullah, 87, who is recovering from his third operation to treat back problems in less than a year.

Prince Nayef, 78, was also named prime minister, in addition to keeping his job as interior minister.

The minister is known for cracking down on fighters within Saudi Arabia and for resisting moves toward greater openness in the kingdom.

“It is not a surprise at all,” Ali al-Ahmed, director of the Institute for Gulf Affairs, told Al Jazeera.

“We expected this decision to come immediately. But this is really a self-appointed position, since there are no other competitors,” he said. “King Abdullah had no other choice.”

There is thought to be little chance that the changeover at the top of Saudi Arabia’s leadership would affect the country’s close relations with the US.

Vice President Joe Biden led an American delegation in the Saudi capital to offer condolences on Thursday to King Abdullah after the death of Prince Sultan, who was also Saudi Arabia’s defence minister and is credited with modernising his country’s armed forces, largely through huge arms deals with the US.