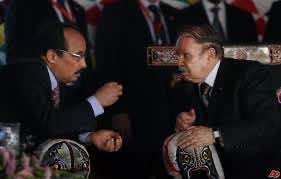 The kidnapping by elements of AQIM of three foreign aid workers in the camp of Rabouni in Tindouf, sounds like an admission of failure of the security policy followed for years by Algiers. Indeed, for years the Algerian military wanted to incorporate all the countries of the Sahel region in a general command based in Tamanrasset. Something that no capital of the region has declined.

According to a French diplomat based in Niamey, neither Niger nor Mali, much less Mauritania, could afford to bluntly decline Algeria, although they were firmly convinced that the fight against AQIM terrorism is a problem to be taken head on by each country within its territory.

The three neighboring countries of Algeria, however, remain convinced that they must not neglect cooperation in security, whether at the level of strategic information or targeted operations. For example, the exemplary cooperation between Mali and Mauritania, at the behest of the Mauritanian military, has led to spectacular results. The last operation produced the elimination by the Mauritanian army of Tayeb Ali Ould Sidi, a leading operational member of AQIM, author of several attacks in Mauritania. This leader of AQIM was tracked by both the Malians and Mauritanians.

The exchange of information between the two countries enabled them to locate him and put him out of harm’s way. “This is something unimaginable with the Algerians. The latter conceive of security cooperation only in one direction. They will not share information they have and their relationship with the armed groups operating in the Sahel is still very ambiguous,” said, indignantly, a senior Malian military, on condition of anonymity.

Today, as Algeria is taking time in its policy of securing its southern borders, Mauritania meanwhile is going from one success to another in its resolute fight against AQIM.