Morocco World News
Home News Maghreb Between the Polisario and Algeria, nothing goes 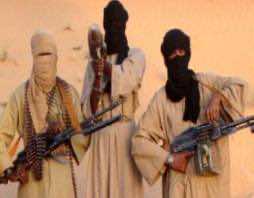 Meetings follow one another at the General headquarters of the Algerian army. Since the announcement of the abduction of two Spanish and one Italian aid workers, perpetrated by AQIM (Al Qaeda in El Islamic Maghreb) in the Tindouf camps, Algerian generals are railing against the leadership of the Polisario Front.

According to informed sources, Major General Salah Gaïd flew into an indescribable rage after the failure of the search operation conducted by the Algerian military in order to find the kidnappers. He then turned his anger against Mohamed Abdelaziz, Secretary General of the Polisario, whom he supposedly personally lectured about the laxity of his troops.

In Algiers, particularly among the ranks of the dreaded DRS, people are convinced that elements of the Polisario were in contact for months with terrorists from AQIM. Initially, the DRS reported arms trafficking from the Tindouf camps to Al Qaeda.

Today, the Algerian military intelligence services are almost certain that many Polisario executives are recruited by AQIM.

The events that shook the Arab countries, including Libya have finally convinced many Saharawi elements that only Jihad could make advance their cause in the region. In Algiers, people remain convinced of the complicity of some elements of the Polisario in the abduction.

The speed with which the operation took place, and the accuracy of the action leave no doubt about it. In addition, from the time the aid workers were abducted and when the alarm was raised a lot of time had elapsed, allowing the kidnappers to get off easily.

According to Algerian security sources, the Chief of Staff of the Algerian army might want to require a purge within the security apparatus of the Polisario. However, knowing the complex family and tribal ties in the camps of Tindouf, it is easy to imagine the difficulty for the Polisario leadership to carry out a cleansing within its ranks. However, Algiers claims that it is imperative that heads roll.