By Nazim Fethi and Monia Ghanmi 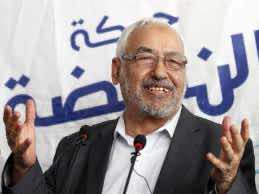 By Nazim Fethi and Monia Ghanmi

The Tunisian revolution ushered in a new, more open era for the nation’s politics, opening a gateway for once banned Islamists to re-enter the country’s political life.

Chief among the revolution’s beneficiaries was Rachid Ghannouchi, who returned home from exile to lead the Islamist Ennahda Movement to victory in Sunday’s October 23rd Constituent Assembly elections.

While public opinion has swiftly accommodated itself to Ghannouchi’s presence and moderate views, fears have continued to grow with regard to extremists, especially those within the Salafist movement, who are now showing themselves in public and are seeking to gain influence in the post-Ben Ali era.

Compared to the traditional opposition and a new political class that is struggling to find its bearings, the Islamists had several advantages, ranging from experience rallying large crowds to using mosques as platforms from which to broadcast their views.

?In one show of strength, Islamists took to the streets in early October to denounce Nessma TV for airing an animated film that depicted God.

The Salafists, whose party Hizb ut-Tahrir (Party of Liberation) was banned from running in elections, still hope to make their mark on the political scene. During a sermon on October 21st at El Feth mosque, a stronghold for Tunisian Salafists, the imam devoted his full attention to the political situation and the elections, calling on worshippers to vote en masse and give victory to the Islamist project led by Ennahda, without mentioning the party by name.

Salafists make no secret of their views.

Ridha Belhadj, the official spokesman of Hizb ut-Tahrir, openly advocated the “sovereignty of the Islamic umma”. The outlawed party believes that “the Caliphate is the most appropriate model and sharia is the only form of law valid for Tunisia and the rest of the Islamic world”.

The Tunisian interior ministry refused to legalise Hizb ut-Tahrir. The ban drew criticism from the Tunisian Workers’ Communist Party. Its leader, Hamma Hammami, has spoken out in support of “the right of Salafists and campaigners from Hizb ut-Tahrir, who were very active in the recent demonstrations, to political expression, peaceful demonstration and participation in community life and the political and social transition currently taking place in this country”.

But it is Ennahda, a legal party, which is under the most pressure from the extremist movement as the latter is eating away at its support base. Its charismatic leader, Rachid Ghannouchi, gave a large number of interviews in the run-up to the October 23rd poll.

In the face of the pressure exerted on the streets by Salafists affiliated with Hizb ut-Tahrir, the leader of legal Islamism issued a stern warning to the country’s interim leaders: “They know very well that our movement will win the majority of votes. Because of this, some parties are trying to provoke riots and violence in this country and others are trying to thwart this process by committing fraud.”

On the subject of Hizb ut-Tahrir, the Ennahda leader had this to say: “These groups exist, certainly, but they don’t carry enough weight to cause concern or change the face of politics in Tunisia.”

“What these groups have done, such as the demonstrations against Nessma, does not just concern them as a movement, but constitutes a protest against attacks on Islam,” Ghannouchi said. He then described the niqab ban at Sousse University as “another attack on personal freedoms”.

“If there are security factors that oblige people to show their faces, that’s fine, but people have the right to choose how they dress,” the Islamist leader added, a position in line with Salafist protestors.

The day after the elections, Ennahda took a different tack and hastened to send out a message intended to “reassure the public in this country and abroad”. The Islamist party vowed to adopt the Turkish model in Tunisia. Its leader has taken every opportunity to remind people that the Turks drew inspiration from his books to build their model.

As for Tunisians, however, the public remains divided on the course of Islamist politics in the post-Ben Ali era.