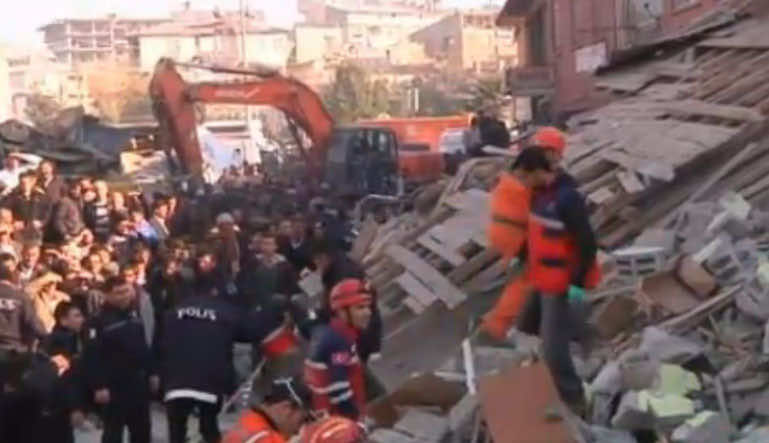 The United Nations refugee agency has launched an emergency airlift to bring tents, blankets and other vital relief supplies for the victims of the deadly earthquake that struck eastern Turkey earlier this week.

The 7.2-magnitude earthquake near the city of Van on Sunday is reported to have killed at least 500 people and injured an estimated 1,600 others, according to figures provided by the Turkish authorities.

The emergency airlift is in response to an appeal for help from the Turkish Red Crescent, according to UN High Commissioner for Refugees (UNHCR) spokesperson Adrian Edwards, who told reporters in Geneva that the first of four humanitarian flights is scheduled to land in Erzurum tonight.

The next three flights are slated to touch down in Erzurum on Saturday, Sunday and Monday.

Each flight will be carrying approximately 500 tents and 10,000 blankets from the agency’s emergency stockpile in Dubai. The supplies arriving by plane will be loaded on trucks and taken immediately to Van and surrounding areas for distribution.

“Together with resources we already have in Turkey, our immediate emergency relief response for the victims of earthquake amounts to 4,000 tents, 50,000 blankets and 10,000 sleeping mats,” said Mr. Edwards.

While the full impact of the disaster is still being assessed, UNHCR noted that the city of Van alone has a population of more than 400,000 people and many of them lost homes.

“Hundreds of buildings collapsed and thousands of others have been rendered uninhabitable,” Mr. Edwards said. “The shelter needs are great.”

In addition to more than 25,000 tents already distributed by the authorities, the Turkish Government has appealed for 40,000 winterized tents and 40,000 transitional shelters.

Staff from UNHCR, which has been present in Van since 1995, are working closely with the Turkish authorities who are leading the search and rescue and the overall relief effort.