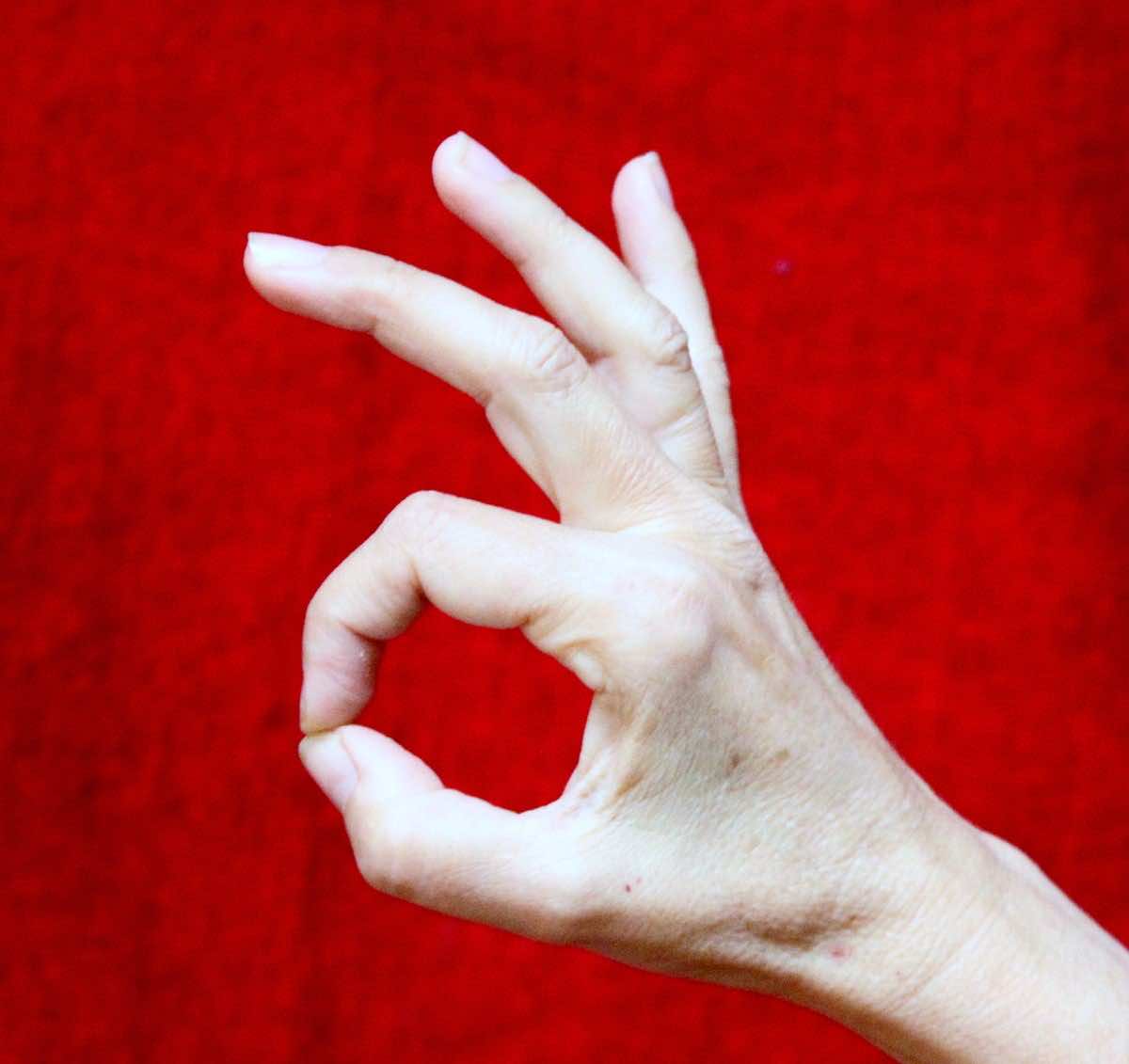 When traveling, beware of which hand gestures you use. They can get you into all kinds of trouble.

A couple of years ago I was with a friend in the Medina in Marrakech. She’d successfully bartered her way to ownership of a very attractive rug, and was feeling pretty pleased with herself. The salesman was all smiles and compliments until my friend made a gesture which, to you and I would indicate that, “Great, everything’s fine, we done good!” She smiled and put her thumb up. Instantly the salesman’s jaw dropped and his eyes glared wide. He bundled the rug at her and sharply turned his back, much to the distress of my friend, who realized she’d done something wrong, but for the life her didn’t know what.

Imagine you’d stuck your middle finger up to an American; basically you are saying, ‘screw you’, ‘up yours’ or, as a Brit might say, ‘sit on that and wiggle’. That’s exactly what my friend had said, albeit unwittingly, to the carpet salesman. So, far from showing her pleasure at a deal well done, she was telling him to stick his business where the sun don’t shine. Best not to do it in Latin America and West Africa, as well as Greece, Russia, Sardinia, the south of Italy, either.

Travel certainly broadens the horizons and can provide a fund of uplifting experiences. Interacting with people is the best way to understand different cultures, societies and ways of life, but if you visit non-English-speaking countries and you don’t understand their language, you have to fall back on body-language and gestures.

The problem is that some gestures have a completely different meaning in one country than they do in another. Not only could your intended message get lost in translation, you could actually end up offending someone or getting yourself into a difficult situation.
Some simple everyday gestures that we take for granted can get you into big trouble elsewhere in the world.

Years ago, I was working in Athens at a time when the English football team were playing an international game in the city, on the same day that Greece was playing away elsewhere. England won 5-0, the Greeks got hammered. That night hoards of England supporters roamed the Athenic streets chanting, ‘Five-nil, five-nil’, and thrusting their hand, with the palm open and the fingers extended to represent the number five, in the face of any male Greek they could find.

When the Greeks started battering hell out of the visiting team’s supporters, the Brits thought they were just very bad losers. They might well have been, but the one thing you never do to a Greek male, whether you’ve just won a football match or not, is stick an open palm with fingers extended in his face. It’s known as a moutza, and is one of their most traditional insults, telling the recipient to ‘eat shit’. The gesture comes from Byzantine times, when people would smear excreta on the faces of prisoners as they were dragged through the streets.

Another gesture that doesn’t go down well in the Arab world is the A-okay sign, making a circle with the thumb and forefinger and extending the other fingers outwards. Like the thumbs up, we mean it to imply that everything is good, fine, okay, and is used to communicate between sub-aqua divers, when shouting, “Yes I’m fine, thanks,” isn’t really an option. But what’s good for the goose isn’t always good for the gander, as Suzanna, features editor of The View From Fez, found out when she wanted to show the workmen restoring her riad that all was going great. She made the A-okay sign, and was surprised when the men showed obvious shock, and not the smiles she expected. Without realizing it, she’d told them they were all homosexual. The circular shape of the gesture is seen to represent the anus, with all the unwholesome connotations it brings to mind, and you would never, ever use the sign in Brazil, Germany and a number of Mediterranean and Arab countries.

There is the apocryphal story of President Richard Nixon arriving on an official visit to Brazil, which received an enormous amount of media coverage. As he stood at the top of the gangway he put both his hand in the air and made a double A-okay sign. While Suzanna only offended a handful of chaps, Nixon told the whole of Brazil that they were a set of poofters. History doesn’t record how successful his talks were. It’s also an insult in France, although not quite such a serious one, as it signifies something or someone as being worthless. Not a good way to show your appreciation after a delightful dinner.

The corna (making a fist and extending the fore- and little fingers) may be the thing to do at heavy rock concerts, but in Spain, Portugal, Greece, Colombia, Brazil, Albania, Slovakia and the Czech Republic, it’s seen as saying to someone he’s a cuckold and his wife is cheating on him – although residents of these countries seem happy enough to use it at football referees. Curling your finger toward you as a “come here” sign is perceived as derogatory in many South East Asian countries. This gesture is commonly used for dogs in the Philippines so when used for a person, you would be implying that you see them as something inferior. What’s worse, this gesture could get you arrested, and to prevent you from using it again, the authorities could break your finger.

Perhaps there might be a new guide book here. It’s unlikely we need another Guide to This That And The Other, or a phrase book that tells you everything you will ever need to know about asking for a postage stamp in Swahili. A picture book of offensive hand gestures might just save you getting your head kicked in Athens.

This post was first publish in The View From Fez.