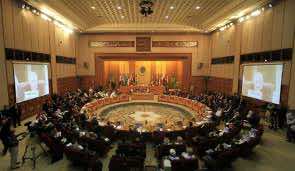 Arab foreign ministers have urged the Syrian President Bashar al-Assad to stop the bloodshed in his country, after activists said dozens of people were killed on Friday.

“The Arab ministerial committee expressed its rejection of the continued killings of civilians in Syria and expressed its hope that the Syrian government will take the necessary measures to protect them,” the ministers said.

Arab ministers are due to meet Syrian officials on Sunday in the Qatari capital, Doha.

Anti-government rallies were held in many Syrian cities and towns on Friday, with protesters calling for international protection and a no-fly zone – like the UN-mandated no-fly zone over Libya that helped topple Muammar Gaddafi.

“We call on the international community to impose a no-fly zone so that the Syrian Free Army can function with greater freedom,” the Syrian Revolution 2011 said on its Facebook page.

A defecting army officer who has taken refuge in Turkey, Colonel Riad al-Asaad, claims to have established an opposition armed force called the “Syrian Free Army,” but its strength and numbers are unknown.

Assad has not used warplanes against protesters and a no-fly zone would have little impact on the crackdown unless– as in the case of Libya- pilots attacked his ground forces and military bases.

Activists said 44 civilians were killed on Friday, most of them in the central cities of Homs and Hama.

The global campaign group Avaaz said 14 people had been killed in the Hama neighbourhoods of al-Qosour, Hamidiya and al-Jarajmah after security forces opened fire on protesters, and that dozens of residents were arrested in door-to-door raids.

The state-run SANA news agency reported that a number of security personnel were injured by armed men in al-Qosour neighbourhood.

Separately, the Syrian Observatory for Human Rights said on Saturday that at least 17 soldiers had been killed in armed clashes inHoms.

The group said the troops were killed as gunmen, believed to be army deserters, attacked two checkpoints late on Friday.

Activists said at least one person was killed when security forces attacked the Bab Amr neighbourhood in Homs on Saturday.

Syria has barred most foreign media, making it difficult to verify reports from activists and from authorities, who blame foreign-backed armed groups for the violence.

The UN estimates that more than 3,000 people, mostly civilians, have been killed since the uprising began in March.

The authorities say gunmen have killed 1,100 soldiers and police.

Assad held an inconclusive meeting on Wednesday with Arab ministers seeking to end the violence by mediating a dialogue between him and his opponents and pushing for political reforms.

The Arab League had urged both sides to agree to a dialogue within two weeks – a deadline that looms on Monday.

The authorities said they had major reservations about the proposal, while opposition figures said they could not sit down for talks unless there was a halt to the killing of protesters, disappearances and mass arrests.

“Three days left, and we have 220 martyrs and counting,” read a placard carried by protesters in the neighbourhood of Rankous on the edge of Damascus. “Yes to dialogue – after the downfall of the regime,” said another in Homs.