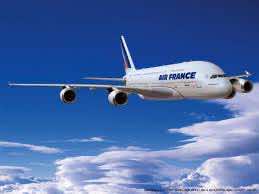 Air France cancelled about one in five flights and warned of wider disruption as a five-day strike by flight attendants over employment terms began on Saturday, in the middle of a busy holiday weekend.

A spokeswoman for the airline said it aimed to ensure 80 percent of some 1,000 daily flights, short- and long-haul, at the two major Paris airports, Orly and Charles de Gaulle.

In a statement posted on its website, the carrier said that it had cancelled 10 long-haul flights to destinations such as New York, Tokyo, Montreal, Abu Dhabi as well as cities in West Africa.

“We do not rule out other last-minute cancellations and delays,” the website advisory on www.airfrance.fr said.

Several unions are urging cabin staff to strike until the end of Wednesday, raising the prospect of serious disruption during what is a busy travel period. One of their grievances is a plan to reduce staffing on long-haul trips.

Tuesday, November 1 is a public holiday in France and many people take Monday off to extend the weekend break. It also falls during the mid-term school holidays.

Transport Minister Thierry Mariani denounced the strikers, saying they were shooting themselves in the foot by disrupting air traffic in a peak period.

“Management has been very clear. There is no threat of job cuts,” he told LCI television.

“If the company has problems, it’s not a five-day strike at a big exodus time that will improve its image and competitiveness.”

Shares in Air France-KLM, which is due to publish financial results on November 9, took a hit this week when a media outlet said it was preparing to issue a profit warning. The carrier said last Tuesday, in response to that media report, that it would not publish any financial information before November 9.

Air France-KLM, Europe’s largest airline when measured by revenue, was formed by the merger in 2004 of Air France and Dutch carrier KLM. The industrial action concerns only the French side of the operation.