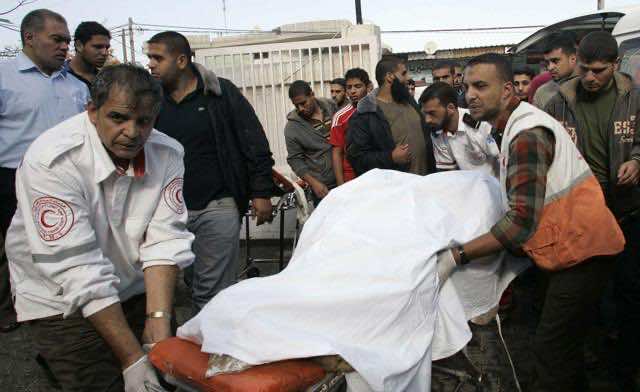 Islamic Jihad, a Palestinian organization which is a sometimes ally to Gaza’s ruling Hamas, said six of its members were killed in the air raid, according to a report by AFP.

The group also pledged to “respond” to the raid, according to a report by Reuters.

Early Thursday the Israeli air force carried out three raids on the Gaza Strip after a Grad rocket was launched from the Hamas-controlled territory at southern Israel, witnesses said.

The raids targeted areas east and west of Khan Yunes in the south of the Strip, and a base of Hamas’s armed wing the al-Qassam Brigades was hit, they said.

An Israeli army spokesman confirmed that aircraft had “attacked three terrorist sites in the Gaza Strip as well as an arms factory in the south of the territory.”
The firing of the Grad rocket and the subsequent air raids were the first incidents since Israel and Hamas reached an agreement last week under which Israel agreed to release 1,027 Palestinian prisoners in exchange for its captured soldier Gilad Shalit.

Islamic Jihad has chafed at recent efforts by the more powerful faction to impose de facto ceasefires with Israel.