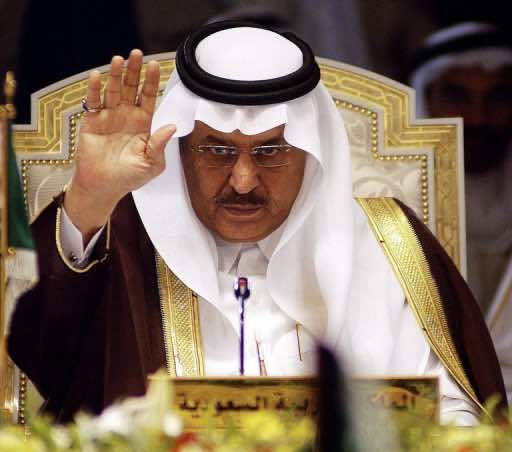 Saudis begun swearing allegiance on Saturday to the new Crown Prince Nayef bin Abdul Aziz, described by the local press as the “man for the job” and praised in Washington for his commitment to fighting terrorism.

Nayef — who served as interior minister for nearly four decades and led a crackdown on Al-Qaeda in the kingdom — was named in a royal decree on Thursday to succeed Prince Sultan who died in the US last week following a long illness and was buried in Riyadh.

The new crown prince received his subjects in the royal palace in Riyadh, according to state media.

The ceremony was open to all citizens, who poured in to greet the new crown prince, in keeping with the tradition in the absolute monarchy.

Citizens in other regions in the vast desert kingdom will be able to pledge allegiance on Sunday to provincial governors, all of whom are members of the Al-Saud royal family.

Thursday’s appointment of Prince Nayef, 78, as crown prince, “was a source of satisfaction for all Saudis,” Al-Watan daily said, praising him as having the qualities of a “man of state.”

He “well deserved the position given his security and political experience,” said Al-Riyadh daily of Nayef, who was promoted from second vice prime minister to first deputy. Nayef has also headed the ministry of interior for 36 years.

“He is the man for the job,” because internal and regional dynamics “require an experienced and determined man” in power, said Al-Jazeera, another Saudi paper, in an editorial under the title “the man for difficult missions.”

US President Barack Obama welcomed the choice of Nayef as a successor to the throne of the oil-rich kingdom, a major US ally in the Middle East.

“We in the United States know and respect him for his strong commitment to combating terrorism and supporting regional peace and security,” Obama said in a statement on Friday.

“The United States looks forward to continuing our close partnership with Crown Prince Nayef in his new capacity as we strengthen the deep and longstanding friendship between the United States and Saudi Arabia.”

Reputed for being an iron-fisted man, Nayef has become a bastion of the Al-Saud dynasty, overseeing a highly successful fight against Al-Qaeda, but also dealing swiftly and sternly with all forms of opposition.

Under his leadership, the interior ministry faced the rise of Al-Qaeda in the kingdom with a bloody wave of attacks between 2003 and 2006.

He cracked down on the network, forcing its leaders and its members to flee to Yemen where they continue to threaten Saudi interests. He also dismantled charitable organisations that collected donations for the network.

Nayef also oversees security measures during the annual Muslim Hajj pilgrimage to Mecca, which attracts around two million people from abroad, and whose rites for the year begin next week.

The naming of Nayef appeared to be a smooth move, although it came a week after the death of Sultan.

King Abdullah made his choice and informed the “Allegiance Council”, a small board of senior members Al-Saud established in 2006 to ensure a peaceful succession.

“The transition took place without complications,” said Al-Riyadh daily, adding that the king’s decision “was consistent with the collective will” of the board of allegiance.

According to regulations, the current king was not obliged to consult the council in naming his heir, “but King Abdullah insisted on informing the council,” Saudi analyst Jamal Khashogji told AFP.

Meanwhile, the king has not named a new defence minister to replace Sultan who held the portfolio since 1962, raising questions over disputes within the royal family.