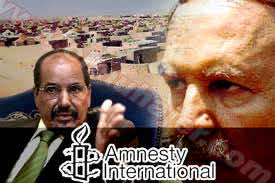 Following the kidnapping of Western humanitarian workers in Tindouf that prompted the UN to declare a “security blockade” around the camps, U.S. human rights attorney, Leah Farish, pointed to the growing insecurity in this area, south-western Algeria.

Farish, who encouraged visits to Tindouf in order to see with one’s own eyes the polisario’s barbaric acts against the populations, ceased that recommendation based on the Communique of the United Nations that warned against an “unacceptable danger.”

In a Communique, received Friday by MAP, the human rights activist said that the United Nations Under-Secretary-General, Gregory Starr, had announced to all personnel in charge of safety within the UN body, the raising of the alert level from 3 to 4 (highest level) in the Tindouf area and suspending all night patrols and MINURSO activities.

Citing the same UN document, she also recalled that the kidnappers abducted the three western humanitarian workers from the “Protocol house”, a place to host foreigners situated near Rabouni.

In an article published recently in “Impunity Watch Law Journal” of US Syracuse University, Leah Farish had warned against the deterioration of living conditions in the Tindouf camps, noting that this is fertile ground for extremist ideology and a hotbed of recruitment for the emirs of Al-Qaeda and its franchises in the region.

Leah Farish also noted that Tindouf populations are illegally cooped up in the camps by Algeria, in defiance of international law. Worse, she wrote, Alger does not allow these populations to have identification documents, denying them freedom of movement and work permit in violation of Chapters II and III of the Geneva Convention and the 1967 Protocol.