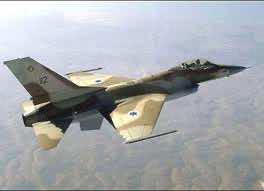 Israel’s air force bombed an Islamic Jihad camp in the southern Gaza Strip on Saturday, killing a commander of the Palestinian faction and four of its munitions experts, officials on both sides said.

The strike in Rafah, a town in Gaza’s border with Egypt, followed a Palestinian cross-border rocket launch this week which the Israelis blamed on Islamic Jihad. That attack caused no casualties but a rocket landed deep enough to set off sirens on the outskirts of Tel Aviv.

Islamic Jihad said an explosion in the Rafah base killed commander Ahmed al-Sheikh Khalil and four senior comrades who oversaw the manufacture of bombs and rockets for the faction.

Doctors said two other militants were hurt in the incident, during which witnesses reported Israeli helicopters overhead.

In Jerusalem, the Israeli military said in a statement that its aircraft had “targeted a terrorist squad … that was preparing to launch long-range rockets”.

It said those struck were responsible for the rocket launch late on Wednesday, though no Palestinian faction had claimed responsibility.

Islamic Jihad, a sometime ally of Gaza’s ruling Hamas, has chafed at recent efforts by the powerful faction to impose de facto ceasefires with Israel.

Hamas and Israel carried out the first stage of a major Egyptian-brokered prisoner exchange last week which stirred speculation a more enduring detente could be in the works.

“There is no chance of speaking about a truce now, following such a big crime against leaders of the group,” said Islamic Jihad spokesman Abu Ahmed.

“Now we are talking about the suitable response to this crime,” he said, a threat of retribution echoed by other militant groups.

Remarking on the Rafah deaths, Hamas spokesman Sami Abu Zuhri accused Israel of a “serious escalation against our people”.

In keeping with Israeli government policy, the military statement said: “The Hamas terror organization is solely responsible for any terrorist activity emanating from the Gaza Strip