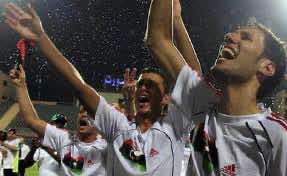 Libya, who qualified in fairytale fashion for the 2012 African Nations Cup finals, were drawn on Saturday to play in the tournament’s opening game.

They meet co-hosts Equatorial Guinea in Group A in Bata on Jan. 21 to launch the three-week event and will have a reasonable chance of making the second round after also being paired with Senegal and Zambia.

Libya finished second in their qualifying section and went through to the finals as one of the best runners-up.

The draw also brought together north African rivals Morocco and Tunisia in Group C alongside co-hosts Gabon and Niger.

Tunisia beat Morocco in the 2004 final and are the only winners from the last eight Nations Cup tournaments to qualify for the 2012 event.

Ivory Coast are the top seeds in Group B where they again meet Burkina Faso who shared the same opening-round section at the last edition in Angola in 2010.