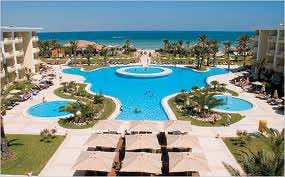 Tunisia’s government expects the economy to grow 4.5 percent next year, bouncing back from a slump caused by the impact on tourism of the country’s revolution, according to the draft budget for 2012.

Gross domestic product (GDP) growth is forecast to be 1 percent at most this year, after the revolution in January and the instability that followed it prompted many foreign tourists — one of the biggest sources of income — to cancel bookings.

Tunisian officials are predicting the economy will revive next year because of a recovery in tourist numbers and more foreign investment.

The 4.5 percent GDP growth forecast was included in a draft budget which officials presented to the cabinet earlier this month, the TAP state news agency reported. The North African country’s GDP grew 3.7 percent in 2010.

A moderate Islamist party last week won Tunisia’s first election since its revolution, and is expected to dominate a new coalition government. The party’s leaders have promised to pursue liberal, business-friendly economic policies.