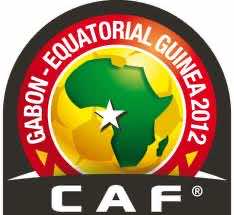 Every game will be tough – Henri Michel

Head coach of Equatorial Guinea, Henri Michel reckons a tough outing for the co-hosts after being paired in Group A alongside Senegal, Libya and Zambia for the 2012 Africa Cup of Nations.

The Nzalang Nacional is the lowest ranked team among the 16 finalists, 152nd position; a scenario which serves some form of headache for the Frenchman.

“Whatever the draw, all the teams will be above us. Every game will be like attacking the Everest.

“This shows the difficulty of the task. For us, it is almost insurmountable. If we succeed it will be a major feat. We will try to look good.”

Michel explains his reason for his shock pronouncement to quit his post due to the inadequate support for the team.

“If I resigned last week, there was a reason; no one wanted to help the national team. At present, there is no championship.

“This is a difficult group with Ghana, of course. Ghana needs no introduction after their exploits at the World Cup.

“Botswana has qualified for the first time. For Mali, we know the talent and potential of individual players at the highest level. There is no affordable ‘chicken’, all the ‘chickens’ are difficult.

“We will try to play our cards right, by at least qualifying for the quarterfinals. There is a favorite but the other three can fight for second spot.

“It’s a tough draw because we are with Morocco and Tunisia, which are formidable teams, not to mention the Niger. We beat Niger in Cannes (1-0 in September). But we all have to be aware of Niger, who eliminated Egypt, the defending champion, and South Africa. It’s a much disciplined team, built on local players. We must therefore take them seriously. Tunisia and Morocco have changed in the last two years. There are now a number of Moroccan and Tunisian players in major championships and they will be among the favorites. We will work hard to get out of the group and l think it is possible to do so. We will try to defy predictions which do seem to favour us. We still have the advantage of playing at home and turn that into high motivation to drive us through the group stage. The first game will be very important.”

“The Panthers have a chance. We have adversaries that we respect but on the basis of our recent performance, the teams in our group are affordable for a Panthers team that is preparing well. We beat Niger in friendly. We beat Morocco in Casablanca and Libreville in the playoffs of the CAN-2010, and we drew with Tunisia in CAN-2010 in Angola, in a game we deserved to win. If we prepare well, we can progress from the first round and go further in the competition. ”

“There are great teams in this group. Ghana has been playing well as we all saw in last year’s World Cup and they were finalists at the last CAN finals. There is Mali of course and it will be like a derby when they play Guinea. We will prepare ourselves to finish first or second in our group. All teams are difficult opponents but we are aiming to go far and we will fight all the way. ”

“We have a derby in our group, with Morocco. In my last participation as a player in CAN in 2000, I had Morocco in my group too. This will be my first CAN as a coach and I hope it will bring me some luck. It will not be easy, there are some tough games and good teams in the group and there are always surprises too at CAN finals. Even during the qualifications, the story has been similar. The team that will best prepare and make the most of the event will most likely prevail “.
Paulo Duarte (Burkina Faso coach):

“This is a group which can best be described as having a strong candidate, Côte d’Ivoire and three other teams. For four years I have been in Africa, I always get Cote d’ Ivoire as opponents. We the have already met four times. Cote d’Ivoire has great players playing at top clubs in Europe but it will not be easy either for them because we have a great team, and on the field everything is possible. We’ll do the best to finish in second place in group B.

Former Ghanaian international and FIFA ambassador against racism, Anthony Baffoe was at the 2012 draw and gave his reaction to Ghana’s group which has Botswana,  Mali and Guinea in group D.

“This is a balanced group with teams that are good and deserve to be there. Botswana is a new team at this level of competition and has shown the success of their development program which has got them this far. Mali is strong, and as for Guinea, one should not forget that they qualified from a group that had Nigeria. Having said this we are the Black Stars, and l hope the boys will be thorough and qualify from the first round. Some say we are Championship favourites, yes but there is also Ivory Coast and do not forget Senegal and (Chipolopolo) of Zambia too. The tournament will not be won in a week, there needs to be consistence over 5 matches or more. Ghana is always a favorite. Ivory Coast has had an excellent qualification while Zambia always plays well. And do not underestimate the host countries either. I played at this level and I know that with the home fans’ support you can perform 30-40% more. I am very excited by this tournament. ”

Another former national player who spoke to Cafonline.com after the draw was Benjamin Zarandona the former Equatorial Guinea player:

Equatorial Guinea is in Group A with Libya, Zambia and Senegal:

“This is a very difficult group. Senegal has had an impressive qualification run where they eliminated Cameroon. The Teranga Lions has players turning out for top clubs in Europe. Libya is very strong and qualified despite everything that happened in that country. Zambia is always competitive and has a good record at CAN finals. We must prepare ourselves mentally to qualify. The most important thing is to start with a victory in our opening match against Libya. This is the first time ever for Equatorial Guinea to play in Africa Cup of Nations finals and it would be great to win the first game too”.