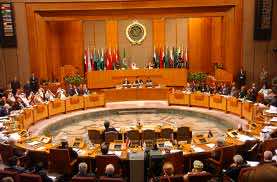 “The Arab delegation was frank and clear during its meeting with the Syrian leadership and warned that if an Arab solution fails, it would mean internationalizing the crisis,” the daily cited the sources as saying.

“This would mean Syria should expect a foreign intervention and a painful international blockade on the economy and other aspects,” it added.

The Arab League team, headed by Qatar, held talks with Assad on Wednesday and was due to meet Syrian officials in Doha later on Sunday.

Assad meanwhile warned that any Western intervention would cause an “earthquake” inflaming the region, after dozens died in one of the bloodiest days of the uprising against his rule.

In an interview with Britain’s Sunday Telegraph newspaper, Assad warned of “another Afghanistan” if foreign forces intervened in his country as they had with the Libyan uprising that toppled Muammar Qaddafi.

The Arab ministers also demanded that Syria should supply the Arab League with a clear “roadmap” for reforms with specific dates for implementation, Al-Qabas said.

Since the start of protests in March, Syrian authorities have blamed the violence on foreign-backed gunmen and religious extremists they say have killed 1,100 soldiers and police.

But the resilience of the protesters, the determination of authorities to crush dissent and the emerging armed insurgency have combined to make Syria’s turmoil one of the most intractable confrontations of this year’s Arab uprisings.

Assad, whose father put down an armed Muslim Brotherhood uprising in the city of Hama in 1982, killing many thousands, said the latest crisis was part of the same conflict.

“We’ve been fighting the Muslim Brotherhood since the 1950s and we are still fighting with them,” he said.

Authorities had made “many mistakes” in the early part of the uprising, but he said the situation had now improved and that he had started implementing reform within a week of the troubles erupting in mid-March.

“The pace of reform is not too slow. The vision needs to be mature. It would take only 15 seconds to sign a law, but if it doesn’t fit your society, you’ll have division,” he said.

Assad’s opponents say although he lifted emergency law and gave citizenship to thousands of stateless Kurds, his promises of reform ring hollow while security forces kill protesters and arrest thousands of people. They also say protests are driven by a desire for greater freedoms, not by an Islamist agenda.

Aware of potentially seismic geopolitical implications if Assad were to fall, leaders in the mostly Sunni Arab world have been cautious about criticizing the Syrian president as they struggle with domestic challenges to their own rule.

Sunni ascendancy in Syria could affect Israel and shake up regional alliances. Assad strengthened ties with Shiite Iran while also upholding his father’s policy of avoiding conflict with Israel on the occupied Golan Heights frontier.