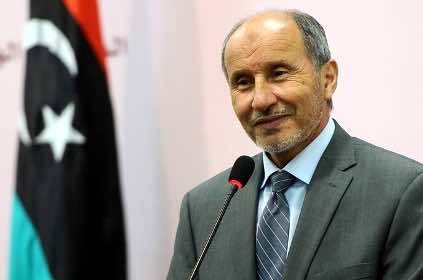 The summary execution of Colonel Muammar Gaddafi and his son Al Moatassim sounded the death knell of the National Transitional Council of Libya.

Composed of individuals from diverse backgrounds and opposing ideologies, the NTC remains confined in the city of Benghazi. The free Libya today is actually under the control of hardened Islamist fighters, formerly affiliated with the Libyan Islamic Fighting Group, which had tried to overthrow Muammar Gaddafi in 1996 and 1997. Thus, the NTC has no real hold on the capital Tripoli which is currently governed by a board of the city where Islamist fighters’ leader Abdelkrim Belhaj has the last word.

Moreover, according to corroborating Western sources, the whole Cyrenaica and Misratah, as well as Jebel Al Akhdar are now under the banners of groups of Islamic fighters.

“This is a logical consequence of what happened on the ground in recent months. While the NTC was mired in contradictions, it is the LIFG that has been the backbone of the armed rebellion and took all the risks in the face of Gaddafi’s brigades,” said a former government official of the deceased dictator, now based in London.

At the ceremony of the celebration for the liberation of Libya held in Benghazi after the execution of Muammar Gaddafi, the absence of Mahmoud Jibril, outgoing President of the Executive Council of the NTC, was very noticeable.

Indeed, Americanophile Jibril, known for not tolerating NTC fighters and the statements of Mustapha Abdeljalil, preferred to stay on the shores of the Dead Sea in Jordan, rather than to attend the Islamist-like speech of the president the NTC. Mahmoud Jibril is said to have recently told his French and American interlocutors that Mustapha Abdeljalil had fallen under the influence of radical Islamic leader Ali Al Mabrouk Wanis Salabi, who would like to see Libya become simply an Islamic state.

“This seems to be well underway,” a European diplomat who was recently on a visit to Rabat told Maghreb intelligence.”