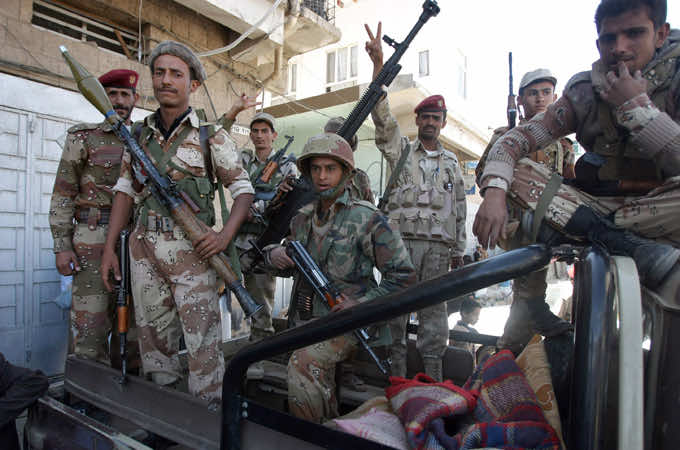 Fighter jets destroyed in Sanaa, prompting authorities to close the nearby international airport.

A large explosion has rocked an air base outside the Yemeni capital, Sanaa, prompting authorities to shut the city’s nearby airport, officials say.

A military source told Al Jazeera that explosive devices were planted inside 12 fighter jets at the al-Daylami airbase, which is adjacent to Sanaa InternationalAirport.

Three of the aircraft were destroyed in Sunday’s attack.

“The airport was closed as a precautionary measure,” one government official told Reuters news agency.

Flights were diverted to Aden airport in the south of the country.

Yemen’s capital has seen weeks of fighting between troops loyal to President Ali Abdullah Saleh and tribesmen who back protesters demanding an end to of his 33-year rule.

Tribesmen in areas outside the capital have complained of months of attacks by the air force against their towns.

Tribal sources said earlier on Sunday that four people, including three children, were killed overnight when troops shelled the Arhab area, about 40km north of Sanaa, hitting a petrol station.

In the city of Taiz, south of  Sanaa, a doctor said one civilian was shot dead and two were wounded by government forces who fired at a car.

The incident occurred in a district where there have been clashes between government forces and pro-opposition tribesmen.

Months of anti-government protests have divided impoverished Yemen, pushing the country to the verge of civil war and a humanitarian crisis.