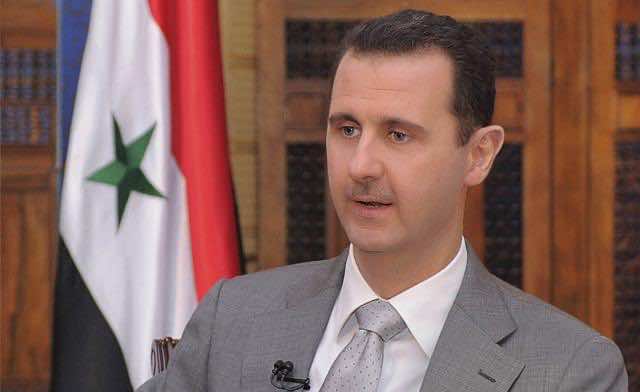 Syrian President Bashar al-Assad said he will not “waste his time” talking about the body leading the opposition against him, as the Arab League was on Monday awaiting a response from Assad to its proposals for ending bloodshed in Syria.

The Arab League Chief, meanwhile, said that the proposed Arab plan to end months of bloodshed in Syria includes a demand to remove tanks from the streets.

“The Arab proposal to Syria calls for withdrawing tanks and all military vehicles to bring an immediate end to the violence and give assurances to the Syrian street,” Arabi told AFP in the Qatari capital Doha on Monday.

In an interview published by The Daily Telegraph on Monday, Assad dismissed the Syrian National Council, a broad front bringing together most of his main opponents, as senior members of the group accused him of scaremongering to protect his embattled regime.

“I wouldn’t waste my time talking about them,” he said. “I don’t know them. It’s better to investigate whether they really represent Syrians.”

The Syrian president insisted that anti-government demonstrators were being paid and were motivated by money.

“You have a lot of money being paid every day, a lot of money moving across the border,” he said. “Part of this money actually supports our economy.”

Qatar’s foreign minister, Sheikh Hamad bin Jassem Al Thani, who headed an Arab ministerial meeting with a Syrian delegation late on Sunday, said Assad must take “concrete steps” to end the unrest that according to the United Nations has claimed more than 3,000 Syrian lives since March.

Speaking to reporters after the meeting in the Qatari capital Doha, Sheikh Hamad said the group of Arab League foreign ministers “agreed on a serious proposal to stop the killing and all forms of violence in Syria,” adding that the committee expected a response from Assad on Monday.

He did not reveal details of the proposed plan, according to AFP.

The meeting was convened to address growing concerns among regional leaders that the brutal crackdown on Syrian protesters calling for Assad’s resignation could further inflame the Arab world, already reeling from unprecedented uprisings that have since January unseated three long-time dictators in Tunisia, Egypt, and Libya.

“The entire region is at risk of a massive storm,” said Sheikh Hamad after more than three hours of talks between the foreign ministers and their Syrian counterpart Walid Muallem.

“What is required of Syria … are concrete steps that could avoid what happened to other countries,” he said, in an apparent reference to NATO’s military intervention in the popular uprising against dictator Muammar Qaddafi.

The comments came in response to an earlier warning from Assad that any Western intervention in Syria would cause an “earthquake” across the Middle East.

“Syria is the hub now in this region. It is the fault line, and if you play with the ground you will cause an earthquake — do you want to see another Afghanistan, or tens of Afghanistans?” he asked.

China, which together with Russia vetoed a U.N. Security Council resolution on Syria earlier this month, expressed support for the Arab mediation effort.

Its Middle East envoy Wu Sike said in Cairo he had told Assad in Damascus on Thursday that his regime’s deadly crackdown on dissent “cannot continue.”

The Doha talks came as Syrian activists put mounting pressure on the Arab League to suspend Syria’s membership of the 22-member bloc. Activists across Syria organized protests on Sunday calling for the League to “freeze the membership” of Syria.

Meanwhile, the death toll in Syria continues to rise with at least seven people killed in violence on Sunday in several cities including Homs, Hama, Idlib and Deraa, the National Organization for Human Rights said in a statement, AFP reported.

Almost 100 people were killed in Syria on Friday and Saturday, the two bloodiest days yet of the uprising, among them 30 Syrian security agents and dozens of civilians, according to the Syrian Observatory for Human Rights, a Britain-based rights watchdog.

Activists meanwhile renewed the call for a Libyan-style no-fly zone, and the equipping of the ‘Syrian Free Army’ (SFA) – an opposition military group composed of defecting soldiers.

However, Western diplomatic sources said that there was “no appetite” for military intervention against Syria.

Opposition figures conceded that Syria’s patchwork of races and religions makes the country vulnerable to civil war. But they said it was the regime’s policies which were fuelling the risk.

The Local Coordination Committees, an activist group, says that 343 people, including 20 children, have been killed inSyria since Oct. 16.