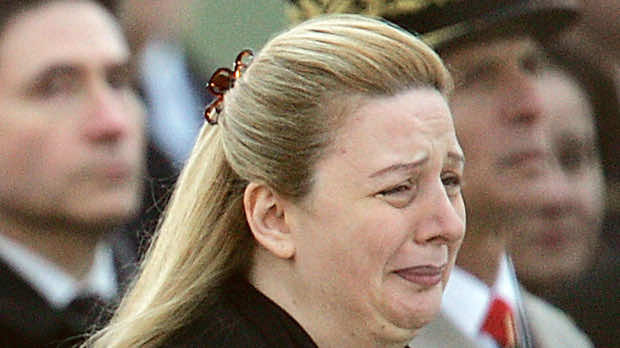 A Tunisian court has issued an international arrest warrant against the widow of the late Palestinian leader Yasser Arafat over alleged corruption, an official said Monday.

Justice ministry spokesman Kadhem Zine el Abidine told AFP that a Tunis court had issued the warrant against 48-year-old Suha Arafat, who was stripped of her Tunisian citizenship in 2007 and currently lives in Malta.

According to Tunisian papers, Suha Arafat is wanted over alleged corruption dating back to 2006, when she founded the Carthage International School in Tunis with the country’s much-vilified former first lady Leila Trabelsi.

The two women then fell out, purportedly over Suha Arafat’s criticism of an alleged move by Trabelsi to close down another private school that would have been direct competition for their joint venture.

According to a US diplomatic cable revealed by the Wikileaks, Mrs Arafat met the then US ambassador after the dispute and lashed out at the ruling family.

She said that now ousted dictator Zine el Abidine Ben Ali would spend all day in his residence running after his young son and “simply does what his wife asks him to do”.

She settled in Malta, where her brother served as Palestinian ambassador.

Suha Arafat, who married the historic Palestinian leader in 1990, was secretary general of the Palestine Liberation Organisation, which was based in Tunisia between 1982 and 1994.

While her husband shepherded the Palestinian cause in Gaza and Ramallah, Suha was often accused of siphoning the aspiring state’s meagre public funds to bankroll her lavish lifestyle in Paris.

After her husband’s death in November 2004, Suha Arafat returned to Tunisia, where she was eventually granted Tunisian citizenship.

Zine el Abidine Ben Ali was ousted in January following a popular uprising and the country’s interim rulers have since initiated hundreds of corruption trials against the exiled dictator and his entourage.