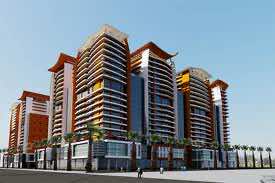 The ongoing development of large real estate projects is set to continue the sector’s growth, said the global publishing, research and Consultancy Company, stressing that various segments of this key sector are going strong.

Referring to Morocco’s central bank’s, Bank Al Maghrib, OBG said that real estate price index overall sale prices in Morocco increased 5% in the first quarter of 2011 and 1.9% in the second quarter compared to the same quarters in 2010, despite the fall of prices in the second-quarter 2011 by 1.6% over the start of the year.

Prices in the second quarter rose across all Moroccan major cities year-on-year, except in Fez and Tangier, said the same source, noting that Kenitra saw the quarter’s highest increase, at 23%.

Casablanca, Morocco’s economic capital and largest city, predictably accounted for the most sales, representing 34% of the total, followed by Marrakech with 24% and Meknes with 12%, added OBG.

According to the source, the second quarter’s annual increase was driven by the residential segment, which accounted for approximately 66% of sales. The segment increased by 3.8% on second-quarter 2010, due to a 5.4% increase in apartment prices, which represented the bulk of residential sales and 60% of all property sales.

It also mentioned the highly anticipated 2-billion-dirhams (€179m) Morocco Mall, which will be the largest shopping mall in the Middle East and North Africa and will rank among the 20 biggest in the world.

Social and low-cost housing developers have been realising up to 30% returns on apartment sales, thanks in large part to tax incentives, such as removing capital gains and inheritance tax from properties, designed to stimulate the sector, the company said.