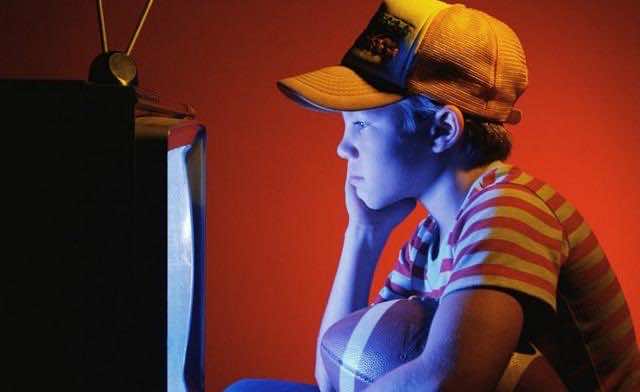 The past half-century has been the age of electronic mass media. Television has reshaped society in every corner of the world. Now an explosion of new media devices is joining the TV set: DVDs, computers, game boxes, smart phones, and more. A growing body of evidence suggests that this media proliferation has countless ill effects.

The United States led the world into the television age, and the implications can be seen most directly in America’s long love affair with what Harlan Ellison memorably called “the glass teat.” In 1950, fewer than 8 percent of American households owned a TV; by 1960, 90 percent had one. That level of penetration took decades longer to achieve elsewhere, and the poorest countries are still not there.

True to form, Americans became the greatest TV watchers, which is probably still true today, even though the data are somewhat sketchy and incomplete. The best evidence suggests that Americans watch more than five hours per day of television on average – a staggering amount, given that several hours more are spent in front of other video-streaming devices. Other countries log far fewer viewing hours. In Scandinavia, for example, time spent watching TV is roughly half the US average.

The consequences for American society are profound, troubling, and a warning to the world – though it probably comes far too late to be heeded. First, heavy TV viewing brings little pleasure. Many surveys show that it is almost like an addiction, with a short-term benefit leading to long-term unhappiness and remorse. Such viewers say that they would prefer to watch less than they do.

Moreover, heavy TV viewing has contributed to social fragmentation. Time that used to be spent together in the community is now spent alone in front of the screen. Robert Putnam, the leading scholar of America’s declining sense of community, has found that TV viewing is the central explanation of the decline of “social capital,” the trust that binds communities together. Americans simply trust each other less than they did a generation ago. Of course, many other factors are at work, but television-driven social atomization should not be understated.

Certainly, heavy TV viewing is bad for one’s physical and mental health. Americans lead the world in obesity, with roughly two-thirds of the US population now overweight. Again, many factors underlie this, including a diet of cheap, unhealthy fried foods, but the sedentary time spent in front of the TV is an important influence as well.

At the same time, what happens mentally is as important as what happens physically. Television and related media have been the greatest purveyors and conveyors of corporate and political propaganda in society.

America’s TV ownership is almost entirely in private hands, and owners make much of their money through relentless advertising. Effective advertising campaigns, appealing to unconscious urges – typically related to food, sex, and status – create cravings for products and purchases that have little real value for consumers or society.

The same, of course, has happened to politics. American politicians are now brand names, packaged like breakfast cereal. Anybody – and any idea – can be sold with a bright ribbon and a catchy jingle.

All roads to power in America lead through TV, and all access to TV depends on big money. This simple logic has put American politics in the hands of the rich as never before.

Even war can be rolled out as a new product. The Bush administration promoted the premises of the Iraq war – Saddam Hussein’s non-existent weapons of mass destruction –in the familiar colorful, fast-paced, and graphics-heavy style of television advertising. Then the war itself began with the so-called “shock and awe” bombing of Baghdad – a made-for-TV live spectacle aimed at ensuring high ratings for the US-led invasion.

Many neuroscientists believe that the mental-health effects of TV viewing might run even deeper than addiction, consumerism, loss of social trust, and political propaganda. Perhaps TV is rewiring heavy viewers’ brains and impairing their cognitive capacities. The American Academy of Pediatrics recently warned that TV viewing by young children is dangerous for their brain development, and called on parents to keep children under two away from the TV and similar media.

A recent survey in the US by the organization Common Sense Media reveals a paradox, but one that is perfectly understandable. Children in poor American households today not only watch more TV than children in wealthy households, but are also more likely to have a television in their room. When a commodity’s consumption falls as income rises, economists call it an “inferior” good.

To be sure, the mass media can be useful as a provider of information, education, entertainment, and even political awareness. But too much of it is confronting us with dangers that we need to avoid.

At the very least, we can minimize those dangers. Successful approaches around the world include limits on TV advertising, especially to young children; non-commercial, publicly-owned TV networks like the BBC; and free (but limited) TV time for political campaigns.

Of course, the best defense is our own self-control. We can all leave the TV off more hours per day and spend that time reading, talking with each other, and rebuilding the bases of personal health and social trust.

Jeffrey D. Sachs is a professor of economics and Director of the Earth Institute at Columbia University. He is also a Special Adviser to the United Nations Secretary-General on the Millennium Development Goals.