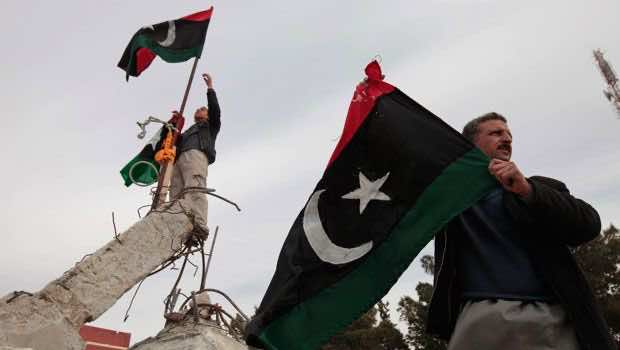 The U.N. Security Council on Monday urged Libya’s government to do everything possible to track down missing shoulder-fired missiles to keep them out of the hands of al Qaeda and other militant groups.

The appeal to stop the spread of loose Libyan arms was the thrust of a Russian-drafted resolution, which highlighted the threat of man-portable surface-to-air missiles, dubbed MANPADS, — shoulder-launched rockets that can be used to shoot down planes and helicopters, making them a favorite among militant groups.

The council called on Libya to cooperate with the Organization for the Prohibition of Chemical Weapons to destroy its remaining chemical weapon stockpiles. Last week Libyan government forces said they had found chemical weapons in Libya and were guarding them.

The council said the proliferation of Libyan arms “could fuel terrorist activities, including those of al Qaeda in the Islamic Maghreb,” a group with roots in Algeria that has been designated as a terrorist organization by the United States and European Union.

Security Council diplomats have said privately that some of Libya’s loose weapons have already made their way to Sudan’s conflict-torn western Darfur region, where rebels have transferred them to anti-government fighters in other parts of the country.

The resolution comes shortly before the Security Council authorization that provided the legal basis for NATO’s air campaign against forces loyal to former Libyan leader Muammar Gaddafi lapses at one minute before midnight on Monday.

Andrew Shapiro, U.S. assistant secretary of state for political-military affairs, said recently that the United States and its EU and NATO allies are taking urgent steps to prevent shoulder-fired missiles in Libya from falling into the hands of militants.

Germany’s Der Spiegel magazine reported this month that NATO’s top officer, Admiral Giampaolo Di Paola, told German lawmakers in a confidential briefing that NATO had lost track of 10,000 such missiles that had been held by Gaddafi forces.

Shapiro said he had no estimate of how many were missing but that Libya was thought to have had around 20,000 when the war against Gaddafi began in March