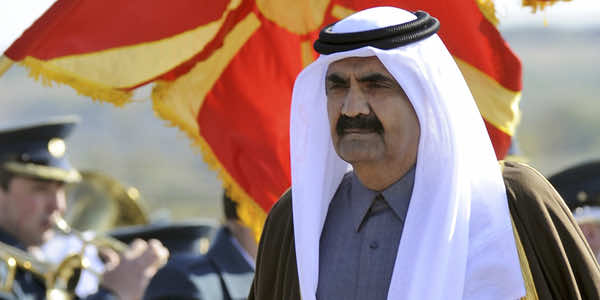 In a surprise move, Qatar announced that it would hold elections for its legislative authority — the Shura Council — in 2013. Elections for the body were originally supposed to be held in 2008 but were postponed. What is interesting about the Emir’s announcement isn’t so much that it happened, but that it was done in the absence of any real provocation or unrest. Unlike most Arab countries, Qatar has not seen even tiny protests or Saudi or United Arab Emirates-style petition campaigns. This likely has to do with three realities: Qatar’s GDP per capita, the highest in the world; a relatively small population (at around 250,000 citizens); and a popular, effective monarch who has succeeded in putting Qatar on the map. If you like, call it “Qatari exceptionalism.”

Well before the Arab spring, Qatar had pioneered a creative, if odd, foreign policy of developing nimble alliances, maintaining strategic independence, and supporting regional mediation to resolve conflicts in Lebanon, Darfur, and Palestine. Qatar managed to host the largest U.S pre-positioning military base in the world while, at the same time, holding joint exercises with Iranian frontier guards. Perhaps more surprisingly, it all — somehow — worked, often to the great irritation of its neighbors.

With the outbreak of the Arab revolts in January 2011, the Qatari government once again seized first-mover advantage and supported the pro-democracy struggles in Egypt and Tunisia. In Libya, Qatar played a critical role, providing weapons, training, and hundreds of millions of dollars in aid to the rebel forces. The Turkish-Qatari “model” of foreign policy is now the preferred model of the revolutionaries and would-be leaders of Egypt, Tunisia, and Libya.

In a region of stodgy, unimaginative leaders, these sorts of moves entailed a degree of risk for Qatar. But, Qatar’s leaders, particularly the Emir, Hamad bin Khalifa al-Thani, and the prime minister, Hamad bin Jassem, seemed to take pleasure in Qatar’s scrappiness and, increasingly, the recognition it received as a key player in the Arab spring. They were, to use a phrase, ahead of the curve. And they may be adopting a similar model at home. Despite few domestic demands for democratic reform and virtually no visible opposition, the Qatari leadership decided to “preempt” and take the initiative before anyone thought to ask. It has now become even more difficult than it already was to envision a critical mass of Qataris attacking the government for ignoring internal reform. Top-down reforms are most effective in absorbing dissent the earlier they come. But to what end?

The Shura Council enjoys powers similar to that of Jordan’s lower house of parliament. It can draft and propose laws, issue no-confidence votes against ministers, and approve the budget. At least that’s what the new 2003 constitution provides for. What constitutions say and what parliaments do, however, can diverge considerably. And it will be up to the first batch of 45 deputies to decide how much to push the envelope, or if they would prefer a primarily consultative role. Their behavior — and interactions with the executive branch — will set important precedents for the country’s politics.

Whatever happens, some of Qatar’s political give-and-take and consensus-building will continue to take place in the Majalis, the traditional, informal gatherings where Qataris come together to discuss business, society, and politics, as well as through familial and tribal relations. Qatar is still small — and rich enough — to have a largely consensual style of politics. But, as the country grows, so too will the challenges of accommodating the population’s desires and demands. For now, though, Qatar — in both domestic and foreign policy — appears content to go its own way. And, for now, it’s working.