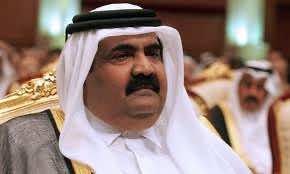 Qatar will hold its first legislative elections in 2013, the emir of the Gulf state, which has supported pro-democracy uprisings elsewhere in the Arab world, said on Tuesday.

“From the podium of this council, I declare that we have decided that the Advisory Council elections would be held in the second half of 2013,” Sheikh Hamad bin Khalifa al-Thani said in a speech to the body.

“We know that all these steps are necessary to build the modern state of Qatar and the Qatari citizen who is capable of dealing with the challenges of the time and building the country. We are confident that you would be capable of shouldering the responsibility.”

Qatar’s constitution which was passed in a 2003 referendum stipulated that two thirds of the 45-member council would be elected, while the rest would be named by the emir. It also provided for legislative powers.

But so far Qatar, which took part in the NATO-led military campaign that helped to oust Libyan dictator Muammar Qaddafi, has only held municipal polls and continues to ban political parties.

In 2008, the Shura council passed a new electoral law setting the voting age at 18 and laying down rules for campaign funding and outlaws vote-buying.

Qatar has some 200,000 citizens out of a resident population of some 1.7 million people.

Sheikh Hamad seized power from his father in a bloodless coup in 1995 and in 2003 declared his son Tamim heir apparent.

“Qatar played a major role supporting democracy in countries like Libya, so this decision helps build the narrative of Qatar as a pro-democracy force,” said Shadi Hamid, director of research at Brookings Doha Centre.

“One criticism was that it wasn’t meeting expectations on domestic reform. That is now addressed as it makes greater representation for citizens at home.”

Qatar won the rights this year to host the 2022 World Cup. “The world is turning its eyes towards Qatar, so Qatar has to be concerned about how others are seeing it,” Hamid said.