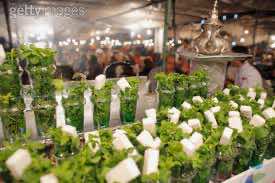 Sugar beet farmers will obtain 80 dirhams per tonne — or close to a 20 percent increase — spread over two years starting in 2012, said three farmers, including Ahmed Ouayach who chairs the Moroccan Confederation of Agriculture.

“Sugar cane farmers will obtain 45 dirhams per tonne also spread over two years,” said Ouayach who noted that the increase was the first since 2006.

“This is a significant increase that should restore some order. Prices have not changed since 2006, while rising input costs have eroded farmers’ margins in recent years,” he said.

Prices of sugar — like wheat flour and fuels — are regulated by the state. Cosumar, in which a holding controlled by the ruling royal family is the biggest shareholder, holds a monopoly in the processing of the local sugar beet and cane harvest and refining of raw sugar imported mostly from Brazil.

Thousands of sugar beet farmers threatened earlier this year to boycott the delivery of next year’s crop to Cosumar to press for better terms.

Reinforcing their words with actions would have meant increased imports of raw sugar by Cosumar which has an annual refined sugar output of 1.2 million tonnes.

“The harvest this year was average after the floods we have had for two years … We were penalized a bit,” said Ouayach.

Local sugar cultivations contribute between 40-50 percent of the country’s sugar needs depending on the sugar content in the local harvest. This year, Morocco produced 3 million tonnes of sugar beet and 720,000 tonnes of sugar cane.

Morocco’s public finances have faced an unprecedented surge in food and energy subsidies which have almost trebled from what was initially budgeted for 2011 as rulers sought to head off the discontent that sparked revolts rocking regional neighbours.

Some farmers felt the increase was not good enough.

“The majority of farmers haven’t sowed this year because the two previous campaigns 2010 and 2011 were disastrous,” said Driss Ghezlaoui, an industrial-scale sugar beet farmer from the Doukkala region, which accounted for 39 percent of Morocco’s beet harvest in 2010.

“We are boycotting the planting, 100 percent,” added Ghezlaoui.

“If things carry on the way they are the beet harvest will be lower than 2011 … We are thinking of alternative crops to end this situation of unfair trade,” he said.