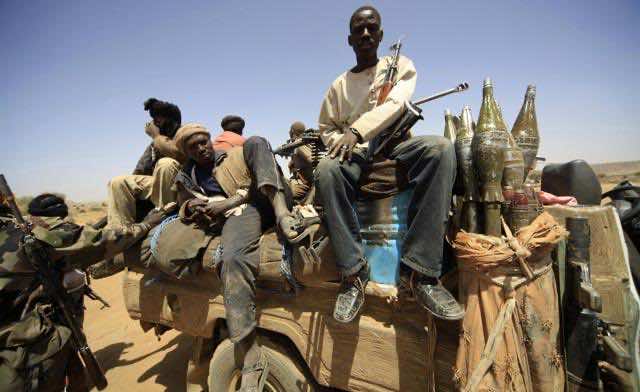 South Sudan’s military on Tuesday warned of an impending attack by 500 to 700 rebels moving down from Sudan’s White Nile state in what it termed an escalating “proxy war” by the north.

The military accuses Khartoum of training and transporting the rebels, who South Sudan expects will follow-up a Saturday attack on oil-rich Unity state in which it said 57 people were killed and 60 wounded. It anticipates that the rebels will cross to South Sudan’s Upper Nile state for a planned attack.

Military spokesman Philip Aguer said about 500 to 700 rebel troops would arrive “within two or three days” and attack within a week, according to military intelligence.

General Mac Paul, deputy director of military intelligence, said “maybe in two (days) or 24 hours to come we are going to have problems”, in Upper Nile border state.

Paul said: “As we are talking now, another group of (rebels) left last night from Kaunyara (in South Kordofan, the war-torn border state) with the intention of coming to attack the areas of Kaka” and areas west down to Tonga.

“That group is on its way now coming to attack us. They are crossing the border now and we are following them”, Paul added, saying the group had travelled down from Abu-Jibeiah in White Nile.

South Sudan says Sudan Armed Forces (SAF) are training the rebels from southern states – including some 400 rebels thought to be behind the attack on Mayom town – then driving them over the border in military trucks.

“We have been following the movement of these troops since September” from Khartoum, Paul said.

“These people are coming from the areas of Southern Kordofan and they are being supported by SAF”, in training and then crossing the border, he added.

Last Saturday, officials said around 80 people had been killed in Mayon county, including about 60 militiamen.

Unity Information Minister Gideon Gatpan Thoar said rebels, most of them fighting under the banner of the South Sudan Liberation Army (SSLA), attacked Mayom town and that the majority of the civilian casualties were residents gunned down while “running for shelter.”

South Sudan has repeatedly accused Khartoum of wanting to destabilize the new country, which gained independence in July.

Sudan denies this and has countered with accusations that South Sudan is funding rebels on its new border states of Blue Nile and South Kordofan, where troops fought alongside the SPLA as part of a 22-year civil war.

“It’s is a proxy war. Behind it is Sudan Armed Forces. They wanted these forces to capture Kaka and then SAF may move … as they claim Kaka as part of the north”, military spokesman Aguer said.

South Sudan seceded with 75 percent of the oil, and the two countries have yet to demarcate borders in oil-rich areas and decide how to split revenues.

“Oil fields are part of the agenda on the other side of the river”, Aguer said, claiming that forces loyal to renegade SPLA General George Athor were gathering at Buth, a town on Upper Nile’s border with Sudan.

“Maybe they are waiting for the rains to stop”, after a botched attack in June on oil-fields and Kaka, he said.

Information Minister Barnaba Marial Benjamin said the SPLA had secured the oil-fields and did not expect a major attack.

“The Sudan government that is sending militia is also interested in the oil” for economic survival and would not destroy fields, he said.

Instability is seen as the fledgling nation’s major stumbling block, despite numerous militias accepting an amnesty offer in August, by President Salva Kiir. 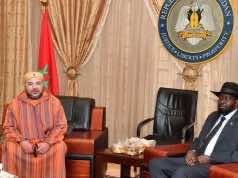 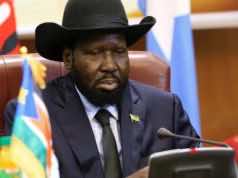