By Adrian Croft and Georgina Prodhan 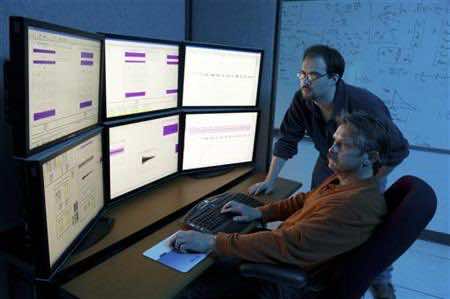 By Adrian Croft and Georgina Prodhan

Britain and the United States rejected calls from China and Russia for greater Internet controls on Tuesday at the opening of a major cyberspace conference, but Western states faced accusations of double standards.

Ministers, tech executives and Internet activists are meeting over two days in London to discuss how to tackle security threats and crime on the Internet without stifling economic opportunities or freedom of speech.

While Western states worry about intellectual property theft and hacking, authoritarian governments are alarmed at the role the Internet and social media played in the protests that swept the Arab world this year.

“Too many states around the world are seeking to go beyond legitimate interference or disagree with us about what constitutes ‘legitimate’ behaviour,” Foreign Secretary William Hague told the meeting.

“We saw in Tunisia, Egypt and Libya that cutting off the Internet, blocking Facebook, jamming Al Jazeera, intimidating journalists and imprisoning bloggers does not create stability or make grievances go away … The idea of freedom cannot be contained behind bars, no matter how strong the lock.”

In September, China, Russia, Tajikistan and Uzbekistan proposed to the United Nations a global code of conduct including the principle that “policy authority for Internet-related public issues is the sovereign right of states.”

Cyber security experts say western states hoped to fend off Russian, Chinese and other calls for a “cyber treaty” and to prompt those states to rein in hackers.

On the eve of the conference, the head of Britain’s communications spy agency said UK government and industry computer systems faced a “disturbing” number of cyber attacks, including a serious assault on the Foreign Office’s network.

Speaking by videoconference after U.S. Secretary of State Hillary Clinton pulled out citing her mother’s health problems, Vice President Joe Biden said states and others needed to make sure they followed existing laws when it came to cyberspace.

“The Internet represents and presents new challenges but to resolve them we don’t need to start from scratch,” he said. “International law principles are not suspended in cyberspace. They apply there … with equal force and equal urgency.”

He said a desire for greater security did not mean that the civil liberties should simply be ignored.

“The tactic of invoking security as a justification for harsh crackdowns on freedom is not new in the digital age,” he said. “But it has new resonance as the internet has given governments new capacities for tracking and punishing human rights advocates and political dissidents.”

SOME RIFTS OPEN, OTHERS HIDDEN

Cybersecurity experts and Western intelligence officers say they believe many recent cyber attacks emanate from China, although there seemed little appetite for such direct talk in public sessions at the London conference.

It was unclear whether Western states took a different approach at a closed session on international security. European states, in particular, are seen as being wary of offending Beijing at a time when they sorely need its financial aid.

Around 60 countries, including China, Russia and India, are represented at the conference as well as tech industry figures such as Jimmy Wales, founder of Wikipedia, and senior executives from Facebook and Google.

Wales told the conference he believed many attempts to regulate the flow of information — such as British court “superinjunctions” which celebrities have used to block discussion of embarrassing stories — were “bad law.”

“We see all the time these kinds of laws,” he said. “Maybe there are better ways than to rely on government control.”

Google’s head of free expression in Europe, Middle East and North Africa, William Echikson, also accused some western states of trying too hard to limit the flow of information.

“We have… executives convicted in Italy of violating privacy for a video that was uploaded which they had nothing to do with and which we took down as soon as police informed us of the video,” he said.

“The dangers are really here in the present and they are threatening companies like Google.”

“It’s very easy to defend this case of black and white human rights against dictatorships around the world, but as soon as our own Western-style stability of the state is called into question then freedom of expression is expendable. There should be one rule for all, including western governments,” said John Kampfner, chief executive of Index on Censorship.

Cameron briefly addressed the conference, although he did not refer to his riots comments directly.

“Governments must not use cyber security as an excuse for censorship, or to deny people the opportunities that the internet represents,” he said. “The balance we’ve got to strike is between freedom and a free-for-all.”