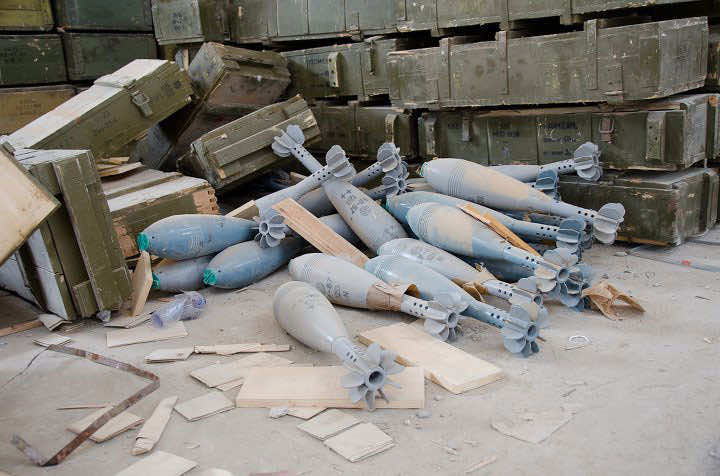 The United Nations official coordinating efforts to ensure that Libya is free from the threat of landmines and other explosive remnants of war (ERW) following the recent conflict today urged the international community to quickly provide the required assistance for the work to start.Max Dyck, programme manager for the UN-led Joint Mine Action Coordination Team in Libya (JMACT), told a news conference at UN Headquarters that although Libya’s National Transitional Council (NTC) is aware it will have to fund the mine action effort, the interim authorities were not yet in a position to do so.He said the release of Libya’s frozen funds from foreign countries will take time, and that it will also be a while before Tripoli has put in place the mechanisms to receive the funds.

“It’s gone take a while to get their systems up into a stage to be able to accept the funds and to be able to put that through to where it is needed,” said Mr. Dyck.

“If the nations of the world do not assist the Libyans now in trying to get to grips with this problem, nobody can come back in six months and complain when it winds up in places where they don’t want it to. Now is the time to be dealing with it, and now is the time that the world should be helping,” he said.

Aside from mines, Libya also faces the problem of ERW and large amounts of unsecured ammunition and weapons systems. Some 440 of the several thousands of air strikes in Libya were carried out against ammunition storage sites, Mr. Dyck said.

“There are also quite large security problems… in terms of movements of munitions around the country, the security of the ammunitions and various weapons systems. It is substantial issues, both humanitarian and security – the NTC are very aware of the issues and are working very closely with us and the various actors in trying to get on top of it,” he said.

The Security Council yesterday called on the NTC to take action to prevent the proliferation of arms, missiles and related materiel, warning of the danger they pose country and the region.

In a resolution adopted unanimously, the Council also authorized its committee on Libyan sanctions to draw up proposals for how to keep any stockpiles of arms and materiel away from terrorist groups, including the group known as Al-Qaida in the Islamic Maghreb.

The resolution, adopted hours before the mandate for authorized international military action in Libya came to an end, voiced concern about the proliferation of arms in the region, especially man-portable surface-to-air missiles – otherwise known as MANPADS.