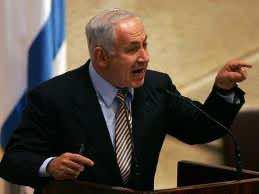 Israel is to accelerate the building of some 2,000 new settler homes in annexed east Jerusalem and the West Bank in response to a UNESCO decision to admit Palestine as a full member, a senior official said Tuesday.

The decision was taken at a meeting of Prime Minister Benjamin Netanyahu’s Forum of Eight senior ministers a day after the Palestinians successfully joined the UN cultural organization, the source told AFP.

“These measures were agreed by the Forum of Eight … as punishment after the vote at UNESCO,” said the source told AFP.

“We will build 2,000 housing units, including 1,650 homes in east Jerusalem and the rest in the settlements of Maaleh Adumim and Efrat,” he said, referring to a sprawling settlement east of Jerusalem and another between Bethlehem and the southern city of Hebron.

Every month, Israel transfers to the Palestinian Authority tens of millions of dollars in customs duties which are levied on goods destined for Palestinian markets that transit through Israeli ports, and which constitute a large percentage of the Palestinian budget.

Israel often freezes the transfer of funds as a punitive measure in response to diplomatic or political developments viewed as harmful.

The last time the monies were frozen was in May shortly after the Fatah movement signed an unexpected unity deal with Hamas, the Islamist movement which rules the Gaza Strip in a move which drew an angry reaction from Israel.

“And the freezing of funds is stealing money from the Palestinian people,” he added.

Abu Rudeina called on the Middle East Quartet and the U.S. administration to “put an end to this recklessness,” warning that it would have negative consequences for the entire region.

The Palestinian membership bid was approved by the UN cultural organization’s general assembly at a vote in Paris on Monday, despite strong opposition from the United States and Israel.

Both Washington and Israel had lobbied the organization to delay the vote, with the Jewish state warning that the membership bid was unilateral and would jeopardize the chances of reviving negotiations.

Israel is also reportedly considering withdrawing the special permits granted to top Palestinian officials that allow them to move between the West Bank and Israel with relative ease.

Winning membership in UNESCO will allow the Palestinians, who previously held observer status at the organization, to apply to classify natural and cultural sites as World Heritage Sites.