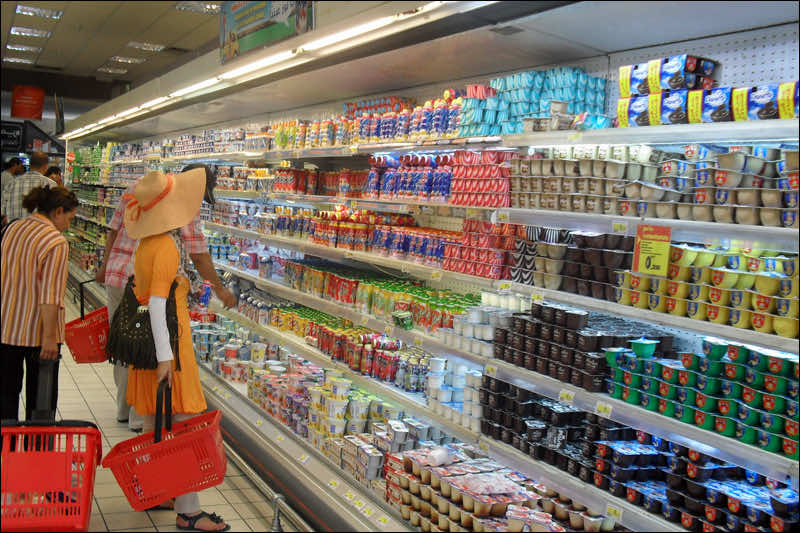 The cost of meat has risen by 20-40 %, as have the prices of vegetables, fruits and mineral water. Certain food commodities subsidised by the state, including sugar and vegetable oils, were smuggled into Libya and caused the black market to flourish.

“The absence of economic control after the revolution has contributed to rising prices and the absence of constraint by well-considered prices,” housewife Mounira Bou Hajeb told Magharebia. She insisted that the government should intervene to adjust the prices of staple foods.

The rate of daily food expenditure has soared as people stock up in anticipation of food shortages, employee and head of household Mohamed Bannour said.

“We did not think that after the revolution conditions would be like this—high prices, sit-ins, chaos—all that led to the difficulty of living in Tunisia,” Saida Mouelhi told Magharebia.

Asaad Obeidi, from the commerce ministry, said that “Tunisia’s stock of various consumer goods cover the needs of the country through the end of March 2012”.

“Local market supply of essential items is regular and normal, despite some shortfalls in milk and mineral water,” he added. “The ministry and the relevant agencies have for years steadfastly provided an adjustment stock of all basic materials (milk, eggs, sugar, tea and coffee) used to adjust the market when there’s a decline in production or a jump in consumption.”

Obeidi did not rule out the possibility of resorting to supplying additional quantities of milk, saying that a number of private companies may be commissioned for these operations.

The commerce ministry plans to supply 50 million of bottles of mineral water to meet the increase in consumption during the coming period, he added.

The official also announced the formation of 18 economic monitoring teams for Greater Tunis to intensify surveillance operations of such commodities as cement, milk, chicken and eggs and to ensure the normal functioning of the market. The monitoring authorities conducted thousands of visits and recorder over three thousands violations, Obeidi said.

On the issue of cost hikes, he said that “during the first nine months of 2011, the price increase did not exceed 3.3 percent, compared to 6.4 percent during the same period in 2010”.

For the upcoming Eid al-Adha, Obeidi promised that the state would provide rams “at affordable prices”.

Tunisians slaughter between 800,000 and 2.1 million sheep for the celebration of sacrifice every year, most of which are supplied by the domestic market, with a small fraction coming from Algeria.

“There is great demand from the Libyan market for Tunisian goods, which led to higher prices in addition to smuggling operations,” Habib Dimassi, Director General of Domestic Commerce at the Ministry of Commerce, told Magharebia.

“In addition to smuggled goods, other products have been exported to Libya by legal means, either via Dhiba or Ras Jedir crossing since the outbreak of the war,” he added. “The absence of economic oversight and emergence of smuggling of goods subsidised by the state contributed to the worsening prices.”

Fathi Fadhli, Director of Economic Monitoring at the Commerce Ministry, commented that a shortage was recorded in the supply of sugar, vegetable oil and mineral water. He also said that “a rise in their prices in the markets during the recent period caused undisciplined conduct by some economic operators and consumer eagerness”.

The ministry and national security services made efforts to prevent food smuggling to Libya, especially of subsidised items, he said.

“Any truck heading toward Libya loaded with subsidised products (sugar and vegetable oil) or milk and mineral water will be stopped if they do not respect the conditions of foreign trade,” Fadhli said.