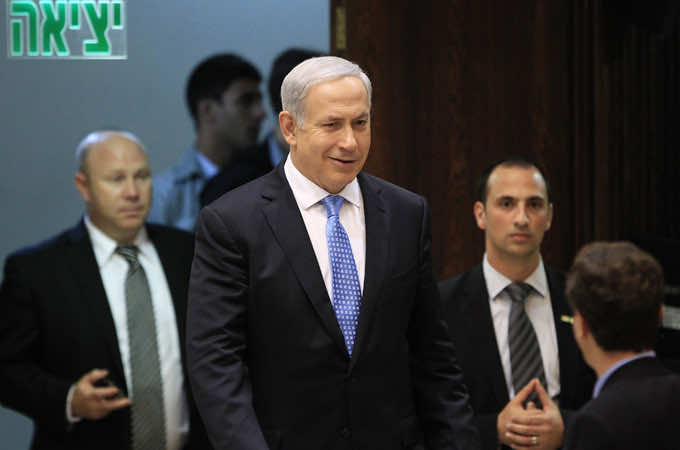 Binyamin Netanyahu, Israel’s prime minister, has ordered the building of 2,000 new housing units for Israelis, mainly in illegally occupied East Jerusalem, an area Palestinians claim as the capital of their future state.

Netanyahu said in a statement on Tuesday that the new construction would include settlements that he believed would be part of Israel in a future peace accord. Israeli settlements built on occupied Palestinian land are considered illegal under international law.

Israel also decided on Tuesday to freeze the transfer of tax revenues owed to the Palestinian Authority, as a punitive measure after Palestine was granted full membership of UNESCO, the United Nations’ culture and heritage agency, media reports said.

“The land they are going to build settlements on is supposed to be the land of the Palestinian state,” he told Al Jazeera.

“The money they will withhold is Palestinian money. So this is a policy of intimidation and blackmail and we’ll not budge … we’ll continue pursuing our rights.”

Erakat added: “The mere fact that Israel defies the international community, by having more settlements instead of cessation of settlement activities and withholding Palestinian money, which is theft in my opinion, just reflects the nature of the Israeli government attempts to continue undermining the two-state solution. What harm does it bring to Israel when Palestinians join UNESCO?”

The decision to build more housing units was taken at a meeting of senior ministers, chaired by Netanyahu, Israel’s public radio said.

An Israeli official, speaking on condition of anonymity, said the accelerated construction was an answer to the moves being made by the Palestinian Liberation Organisation at the UN in pursuit of statehood recognition.

“You can’t demand from the Israeli public to continue to show restraint when the Palestinian leadership continues to slam the door in their face,” said the official.

He said 1,650 of the new tenders are for units in East Jerusalem, while the rest are for Efrat and Maale Adumim, two illegal settlements in the occupied West Bank.

Palestinians object to Israeli housing in East Jerusalem and demand an end to all construction in the settlements before direct talks can resume. Israel rejects that as a precondition.