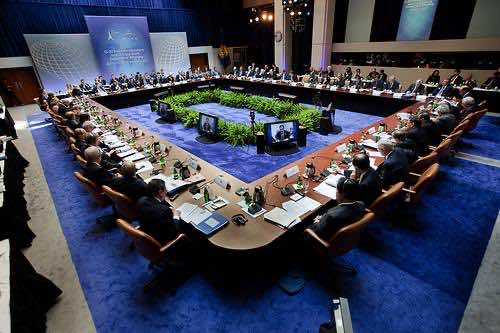 Signs of China’s growing influence are inescapable in Cannes.

Signs of a New World Order are everywhere here in the French Riviera, as the elite city of Cannes hosts the G20, the ultimate elite club.

The local business rag, the Riviera Times, trumpets a recovery of the tourism business during the 2011 summer season — thanks to a 50 percent increase in visitors from China. In my hotel lobby there are stacks of China Daily, but no such freebies from the newspapers of the Old World Order powers.

Walking by the kiosks, though, I see European headlines rejoicing at the likelihood that China will aid in the Greek bailout. The head of the European Financial Stability Facility, the pot set up to rescue basket case countries, traveled to Beijing last week and rattled a tin cup for donations from China’s $3 trillion reserve fund. This comes amid news that Chinese investors have acquired distressed Swedish carmaker Saab. (They already own Volvo.)

How will China’s juggernaut status affect the G20’s agenda? In both positive and negative ways, in my view.

On the positive side, they could hold some of the other governments’ most extreme free market tendencies in check. Take, for example, some of the positions the Obama administration is pushing in bilateral and regional free trade agreements. In the recently signed treaties with Panama and Colombia, it pushed through new rules that ban the use of capital controls, despite the fact that many countries are using these policy tools to combat financial volatility and the International Monetary Fund is recommending them in certain circumstances. The Chinese government, a capital controls user, would never go along with it if the Obama administration tried to push such nonsense at the global level.

In the nine-party talks for a Trans-Pacific trade deal, the Obama administration is apparently pushing for a rollback of Bush administration concessions to allow greater access to affordable medicines under the intellectual property rights rules of trade agreements. According to a Public Citizen analysis of leaked position papers, U.S. negotiators are seeking to increase the rights of pharmaceutical firms to challenge policies of New Zealand and Australia that are designed to keep down drug prices. Again, China would be highly unlikely to roll over if the U.S. pharmaceutical industry tried to obtain such rules at the global level.

On the down side, China’s tremendous power will likely mean that all the G20 rhetoric to address current trade imbalances through “sustainable and balanced growth” will come to naught.

In a Financial Times commentary, President Barack Obama repeated the mantra that “for countries with large surpluses, it means working to boost domestic demand. A critical tool for accelerating that shift is greater flexibility in exchange rates, including exchange rates that are market-driven.” This is all just diplomatic code language meaning that China should expand social programs, let wages rise by respecting basic labor rights, and stop undercutting competition by keeping the renminbi undervalued.

Chinese officials have dragged their feet on all of these fronts. And with their new found status as a global rescuer, they are unlikely to take action any time soon. Li Daokui, a member of China’s central bank monetary policy committee, told the Financial Times that the Chinese government might even condition their support for the Greek bailout on an end to European criticism of their currency policy.

It’s ironic indeed to see the Old World Order powers now so eager to benefit from Chinese reserve funds. These funds were, after all, accumulated through the aggressive export strategy that has so rankled the West.

Sarah Anderson directs the Global Economy Project at the Institute for Policy Studies in Washington, DC, and is a civil society observer at the G20 Summit in Cannes, France.