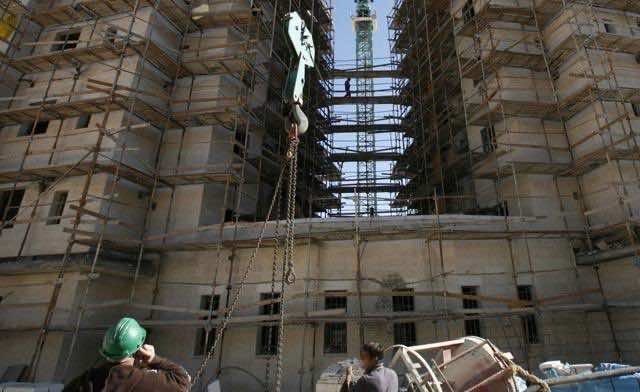 Prime Minister Benjamin Netanyahu said on Wednesday that Israel’s decision to accelerate settlement building was a fundamental right, not punishment for the Palestinians joining UNESCO.

But the United States, Britain, France and Germany condemned the move as a blow to Middle East peace efforts.

The White House said Wednesday it was “deeply disappointed” by Israel’s decision to speed up settlement building in response to the UNESCO decision.

“We are deeply disappointed,” White House spokesman Jay Carney said, adding that the Obama White House opposed any measures by either side that made it harder to make the difficult choices that could lead to peace.

They also sharply criticized Israel’s decision to suspend the transfer to the Palestinian Authority of duties it levies on imports to the territories.

“We build in Jerusalem because it is our right and our obligation; not as punishment but as a basic right of our people to build its eternal capital,” Netanyahu told members of parliament.

His inner cabinet decided on Tuesday to speed up construction of Jewish settlements in annexed Arab east Jerusalem and elsewhere the West Bank, a day after the U.N. Educational, Scientific and Cultural Organization accepted Palestine as a full member.

Israel claims the whole of Jerusalem as its “eternal, indivisible capital,” including the city’s eastern sector, which it annexed shortly after capturing it in the Six Day War of 1967 in a move never recognized by the international community.

But the Palestinians demand east Jerusalem as the capital of their promised state.

“Jerusalem will never return to the state it was in on the eve of the Six Day War,” Netanyahu told parliament, denying that the settlement plan could be construed as punitive.

But the decision to speed up settlement construction was described by a senior Israeli government official, who spoke to AFP on Tuesday, as “punishment after the vote at UNESCO.”

And the decision to speed up the building of the 2,000 settlement homes was accompanied by a plan to “temporarily freeze the transfer of funds to the Palestinian Authority,” the official said.

Ban said he is also “worried at the trajectory of developments” between Israel and the Palestinians and called on both to “refrain from provocations,” said his spokesman Martin Nesirky.

“The secretary general is deeply concerned at the decisions announced by the government of Israel in response” to the vote by UNESCO’s General Conference to allow Palestinian membership,” Nesirky said.

Ban highlighted the U.N. view that Israeli settlement activity breaches international law and the roadmap to peace set out by the diplomatic Quartet on the Middle East ? the United States, European Union, Russia and the United Nations.

“The secretary general calls on the government of Israel to freeze all settlement activity and to continue to transfer VAT and customs revenues that belong to the Palestinian Authority and are essential to enable it to function, in line with Israel’s obligations,” the spokesman said.

Every month, Israel transfers to the Palestinian Authority tens of millions of dollars in customs duties levied on goods destined for Palestinian markets that transit through Israeli ports. The money constitutes a large percentage of the Palestinian budget.

Israel has previously frozen the transfer of funds as a punitive measure in response to diplomatic or political developments viewed as harmful, prompting criticism.

“I am deeply concerned by the latest Israeli decisions to expedite settlement activities in response to Palestinian accession to UNESCO,” Ashton said in a statement.

“Israeli settlement activity is illegal under international law including in East Jerusalem and an obstacle to peace. We have stated this many times before,” she said.

“We call on Israel to reverse this decision and call on both sides to continue their engagement with the Quartet on advancing peace efforts,” Ashton said, referring to the four powers seeking to revive Israeli-Palestinian negotiations.

“Settlement building in the West Bank as well as in east Jerusalem is illegal in international law and is a threat to the two-state solution,” he said, adding that Israel should continue paying the funds owed to the Palestinians.

British Foreign Secretary William Hague criticized the Israeli moves as “provocative” and likely to backfire on the Jewish state by undermining the Palestinians’ ability to maintain order in the West Bank.

“We need to see steps towards peace, not actions that divide and isolate the parties further and undermine the prospects for negotiations,” he said in a statement.

“This settlement building program is illegal under international law and is the latest in a series of provocative and unhelpful settlement announcements. I condemn the decision to accelerate such construction.”

Hague added that he was “very concerned” about the suspension of tax transfers, saying it was “is in no-one’s interests, least of all Israel’s, since it has direct implications for the Palestinian Authority’s ability to maintain effective security in the West Bank.”

“We call on both parties, the Israelis and the Palestinians, to refrain from this dangerous spiral of unilateral measures and finally put negotiations firmly back in the middle of their relationship,” he said.

The Palestinians too have roundly condemned the Israeli measures.

“And the freezing of funds is stealing money from the Palestinian people.”