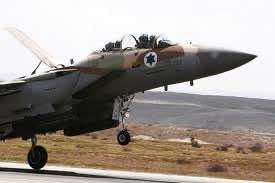 According to a secret memo from the U.S. embassy in Jerusalem, marathon meetings take place almost daily between Prime Minister Benjamin Netanyahu and Defense Minister Ehud Barak on one side, and senior Israeli military officials on the other.

The purpose of these meetings is to decide on a military strike against Iran. But until now, and despite pressure from the head of the Israeli government, the Minister of Information Dan Meridor, the head of Mossad Tamir Prado and General Benny Gantz, Chief of Staff of the Israeli army are still against a military operation like this.

However, according to the memo of the U.S. Embassy, politicians are likely to impose their choice, especially since Israel has successfully fired a ballistic missile, capable of carrying a conventional load of one and a half tons.

The Jericho 3, which has been in planning for several years, will provide Israel with unmatched strike capability in the Middle East. According to Western military sources, the Jericho 3 is distinguished by its high accuracy. It is an asset in the conventional arsenal of the Israeli military.

Today, all indicators point to an Israeli strike in the coming months against Iranian nuclear facilities. “Winter is a good time to act. If there are strikes, it should be between December and January,” said a French military expert. Iran will at that time find it very difficult to orchestrate a serious response.