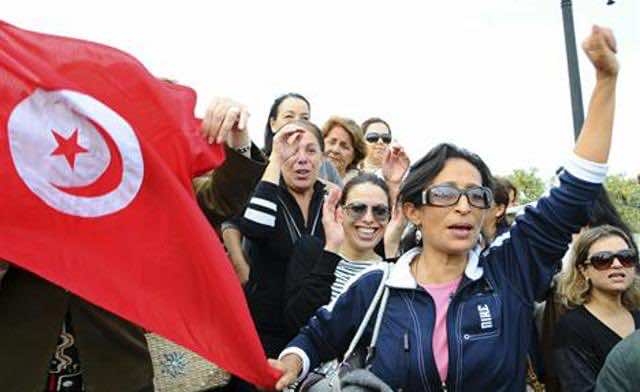 With Islamists on the doorstep to power in Tunisia, it is now Morocco’s turn to go to the polls in elections that despite the low turnout expected, will likely bring religion closer to government.

But unlike votes in Tunisia and Egypt, which served as climatic final acts in revolutions that surprised the world, the Nov. 25 polling day in Morocco is likely to be a subdued affair.

Last summer, spurred into action as autocrats fell across the Arab world, the king of Morocco Mohammed VI hastily called a referendum asking Moroccans to decide on a new political system that would see the monarch ceding prerogatives.

In the July vote, more than 98 percent of Moroccans approved the political reforms and a call for early legislative elections quickly followed.

Moroccans leaders “made the gamble of early elections to absorb anger and the constant pressure from the street,” political analyst Mohmad Madani said.

All summer, thousands of people gathered across the country for rallies called by the youth-based February 20 movement demanding more sweeping reforms of the Arab world’s oldest reigning monarchy.

The movement unites Internet militants, leftist radicals and Islamists from the Justice and Charity group, a religious party outlawed but tolerated by authorities.

The Islamist group, considered one of the most influential parties in the country, has called for an election boycott, leaving parties that will take part struggling to mobilize voters less than a month from election day.

“Turnout is our party’s biggest issue and greatest worry. There will only be a change and a renewal of elites if there is a good turnout,” Hassan Tariq, an official from the UFSP party, part of the ruling coalition.

“Parties have not been able to establish a message that attracts and seduces voters… This doesn’t entice citizens to vote,” Tariq said.

More than 40 parties have registered for the elections and as parties scramble for candidates, they create confusion and leave a tarnished image of politics, analysts said.

“The old guard wants to impose its own elite, which creates a guerrilla war between local dignitaries and young up-and-comers,” Abdelwahad Driouche, a leader from the Popular Movement, another coalition party. “Young people are turning away from parties.”

The mainstream Islamist Justice and Development Party is widely expected to gain in the polls and build on its current 47 seats in parliament, second only to the Istiqlal party of Prime Minister Abaas El Fassi.

Predictably, parallels are being drawn with the excellent showing by the Islamist Annahda party in October’s elections in Tunisia. Riding the Islamic wave across the region, the Islamist PJD is considered an election favorite.

“We are ready for governmental responsibility beginning November25,”Abdelilah Benkirane, a PJD leader said.

“Granted, the PJD is a big favourite but it is not THE favourite. Even if the parallel with Tunisia is interesting, the context is quite different,” Darif said.

“If the Justice and Charity Group had put their support behind the PJD, the latter would have won easily. But the group called for a boycott and generally its militants are disciplined,” he added.

The PJD promises a 50-percent jump in the minimum wage, cutting poverty in half and 7.0-percent economic growth instead of the 4.6 percent forecast for this year.

Historian Maati Monjib agreed that there would undoubtedly be aTunisia effect, “but we mustn’t forget that Islamists have been politically present in theMaghreb for more than 15 years,” he said

“Tunisian democracy has only confirmed a reality that was already known.”